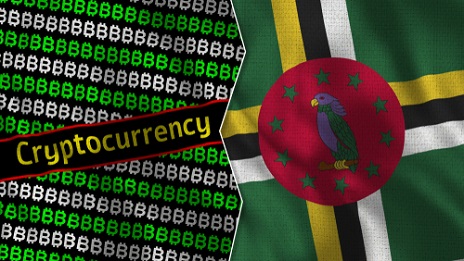 (Kitco News) - The Commonwealth of Dominica has partnered with the cryptocurrency exchange Huobi to develop and roll out a digital identity and national token service that will help establish digital citizenship for inhabitants of the West Indian island nation.

"In our latest efforts to advance the global development of Web3.0 and Metaverse, Huobi has partnered with Tron Network and DMC Labs to jointly launch the world's first national token DMC (Dominica Coin) under the authorization of the government of the Commonwealth of Dominica," the announcement from Huobi said.

Together with Huobi, Dominica's government is looking to issue a Dominica Coin (DMC) and digital identity documents (DID) and will grant DMC holders digital citizenship in the country.

Dominica DID and DMC are both going to be issued on the Tron Network to start with. Eventually, cross-chain support for Ethereum, BNB Smart Chain (BSC), and other public chains will be added via the BitTorrent Chain protocol, the release said.

The Tron Network will serve as the designated national blockchain infrastructure of the Commonwealth of Dominica, and Tron, BitTorrent, and DMC Labs will serve as third-party technology providers for DMC issuance.

"Our vision for DMC and Dominica DID is for them to serve as an important certificate for users to access the future Metaverse world," Huobi said.

DMC will be added as a currency on Huobi Prime in due time, and users will one day be able to transfer their Dominica DID to the Tron Network to generate Soul-Bound Tokens (SBTs), "which entitle the holder to all rights and interest endowed by SBT."

"In the Dominica Metaverse, SBT holders are entitled to Metaverse Dominica digital citizenship that is completely mapped from the real world," the release said.

DMC has been granted statutory status as an authorized crypto in the Commonwealth of Dominica and can be circulated locally in Dominica as a means of payment. Once the Dominica Metaverse platform is up and running, DMC holders will be granted a "variety of privileges," the announcement said.

The country currently has a population of around 72,000 people, so the island offers a controlled testing ground for the implementation of digital identity services. Dominica is one of the first Caribbean countries to adopt a citizenship-by-investment program, and its passport grants access to over 130 countries around the world, including mainland China, Hong Kong, the European Union, Switzerland, the United Kingdom and Singapore.

The government of Dominica is also looking to explore metaverse and Web3 technology to drive its development and attract talent from the cryptocurrency and blockchain ecosystem.