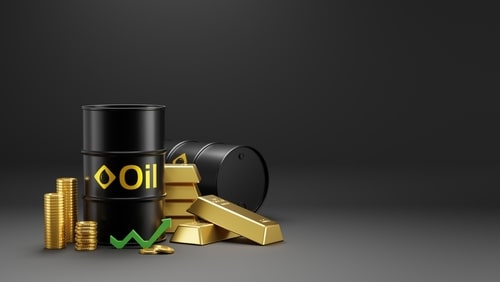 (Kitco News) After news that Ghana was planning to barter gold for fuel, the West African nation revealed it was in talks with Dubai's refinery to complete the exchange. But the claims were quickly denied by the oil refinery.

However, this claim was denied by Emirates National Oil Co. "This is totally baseless and incorrect," an ENOC person told Bloomberg on Tuesday. "There have been no discussions regarding this subject."

Last week, Ghana ordered large mining companies to sell 20% of their refined gold to the country's central bank starting on January 1, 2023, which is part of a larger plan by the government to trade gold for fuel.

The message was posted on Bawumia's Facebook page. "The Bank of Ghana and the Precious Minerals Marketing Company (PMMC) will coordinate with the large-scale mining companies to ensure compliance with this directive," the vice-president said.

The price of gold will be set via spot prices, he added. "The gold to be purchased by the Bank of Ghana and the PMMC will be in cedis at spot price with no discounts."

The Bank of Ghana will buy gold from large-scale miners such as Newmont Corp., AngloGold Ashanti Ltd., and Gold Fields Ltd., the post said. Small-scale miners have also been ordered to sell their gold to the state-owned Precious Minerals Marketing Co, but the amount was not yet specified.

Ghana accounted for 117.6 tons in 2021. And now, its government wants to use this position to create a plan to buy fuel with bullion instead of U.S. dollars.

The idea of using gold stems from the need to contain inflation, limit the devaluation of the national currency cedi, and help build up dwindling foreign-exchange reserves.

The new policy is planned for the first quarter of next year and would "fundamentally change our balance of payments and significantly reduce the persistent depreciation of our currency," Bawumia said.

The country's inflation reached 40.2% in October. And since the start of the year, the cedi is down more than 53%, according to Ghana's finance minister Kenneth Ofori-Atta. The drop makes the cedi one of the world's worst-performing currencies.

On Monday, Ghana's central bank was forced to raise its primary lending rate by another 250 basis points to 27% to fight off inflation — the highest level in 19 years.

Last year, Ghana announced its first domestic gold-buying program to double its official gold holdings. The country has been buying gold from miners.

"Other than the diversification benefits of gold for our reserves portfolio, the domestic gold purchase programme will pave the way for [the central bank] to grow its foreign exchange reserves to foster confidence, enhances currency stability, create a more attractive environment for foreign direct investments and economic growth," Ghana's central bank said last year.

To find out what Ghana's move could mean for gold prices, click here.