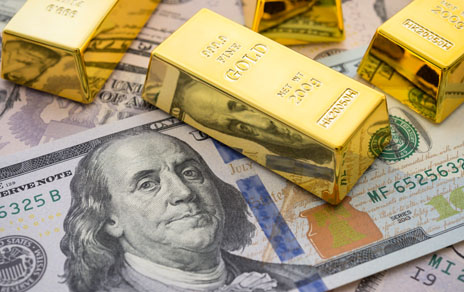 (Kitco News) - Gold prices are again stuck in neutral, with hedge funds looking for a new catalyst as November's rally runs out of steam, according to the latest trade data from the Commodity Futures Trading Commission (CFTC).

Gold prices saw a sharp rally at the start of November as markets started to shift their expectations on U.S. monetary policy, looking for the Federal Reserve to slow the pace of its aggressive rate hikes. However, analysts note that the initial momentum has run its course.

Some analysts note that rising interest rates are still keeping many investors on the sidelines. While the Federal Reserve may slow the pace of its rate hikes through the start of the new year, markets still see interest rates going above 5%.

”The messaging from the Fed is that if anything, rates will stay high for longer and this will help the USD and rates - gold appears to have rallied on a slower path towards high and long,” Nicholas Frappell, global general manager at ABC Bullion told Kitco News on Friday.

The lack of bullish conviction in the gold market continues to be reflected in the trade data from the CFTC.

The CFTC's disaggregated Commitments of Traders report for the week ending Nov. 22 showed money managers dropped their speculative gross long positions in Comex gold futures by 2,904 contracts to 92,161. At the same time, short positions increased by 3,122 contracts to 69,608.

The gold market is now net long by 19,431 contracts, relatively unchanged from the previous week. The drop in momentum is a sharp contrast to the last two previous weeks as hedge funds bought a total of 5 million ounces of gold to cover their short positions.

During the survey period, gold prices managed to hold solid support above $1,750 an ounce, which analysts have said has become important initial support.

With the gold market balancing in neutral territory, some analysts have said that Powell's upcoming comments Wednesday could provide the catalyst for the next move. Powell will give an updated assessment of the health of the economy and inflation at an event hosted by the Brookings Institute.

Along with gold, silver's 20% rally from its October lows has also run its course as prices try to stabilize around $21 an ounce.

The disaggregated report showed that money-managed speculative gross long positions in Comex silver futures fell by 482 contracts to 37,624. At the same time, short positions fell by 928 contracts to 25,925.

Along with rising interest rates, analysts note that growing recession fears are also keeping a lid on silver prices. A recession would weaken industrial demand for silver, which makes up 50% of the global market.

The growing recession fears can be seen in copper as investors pared back their bullish bets and increased their short positioning, according to the latest trade data.

Copper's net length dropped to 13,941 contracts, falling 45% from the previous week. During the survey period, the copper price tested support around $3.50 a pound.

Along with growing recession fears, analysts note that China's economic growth will be stunted due to the government's aggressive COVID lockdown measures.