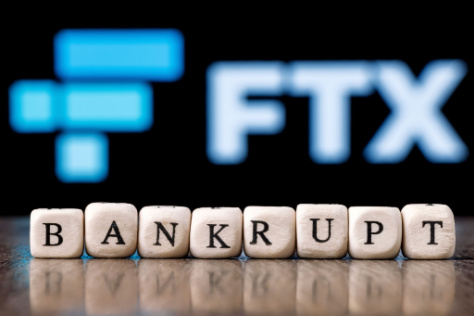 (Kitco News) - Sam Bankman-Fried, the embattled former CEO of FTX, gave an exclusive interview to twitter crypto influencer Tiffany Fong which was published Tuesday afternoon. It provides a detailed and revealing look into some of the most controversial aspects of the collapse of his crypto empire earlier this month.

At the outset, Bankman-Fried was asked about the so-called ‘backdoor’ and other exceptional access which allegedly allowed Alameda to access FTX user funds without alerting other employees at the exchange, and also allowed them to be exempt from the exchange’s auto-liquidation functions when they were too heavily leveraged or sustained too large losses.

“That, I can tell you, is definitely not true,” he said. “I don't even know how to code… I certainly wasn't building some back door in this system. I could barely use the system. I knew this system from a user interface perspective, but I literally never have opened the code for any of this, so I certainly didn't build a back door in there.”

Bankman-Fried also addressed the massive discrepancy between Alameda’s supposed positions in FTX versus their actual ones. “I was wrong, I was incorrect on Alameda's balances on FTX by a fairly large number, an embarrassingly large one,” he said. “It was because of a very poorly-labeled accounting thing, which was a historical artifact of a time from before FTX had bank accounts. There was a time, way back yonder, when people would wire money to Alameda and then it would be credited on FTX. That was a pretty big miss, and meant that Alameda was substantially more leveraged than I thought it was.”

He was asked about Alameda using so much FTT – the native token of FTX – as collateral for their trading, which resulted in their entire reserve being illiquid and virtually worthless once the run on FTX began.

“I think when FTT was used as collateral on FTX, I think it had real value,” he said. “That being said, the position was bigger than I thought it was, that wasn't good. They did have real value, I mean we traded hundreds of millions of dollars a day, I had real market caps. Alameda held a lot of it, it didn't hold all of it. Half of it was just totally free-floating, so you could briefly quibble over a factor of two on its real liquidity, but not like a factor of 30 or something.”

“A month ago, FTT's market cap was 8 billion, today FTT's market cap is 500 million,” he said. “What happened between then and now is not that a surprisingly small amount of sales of FTT totally crashed the price. Illiquidity wasn't what caused that crash. What caused the crash was something else, which is very embarrassing, that I underestimated, which is the massive correlation of things during a free market move, especially when they're triggered by fears over the position itself, and how massive the size of those moves can be.”

“We see that again and again and again in finance,” he said. “When you have a bunch of positions which are correlated by virtue of all being held by the same entity, and in this specific scenario where you have a crisis of confidence in that entity, combined with a run on the bank, and a total lack of liquidity and credit, the crash can be extremely correlated between all those assets, extremely large and extremely fast, and that's what we saw. Over a two-day period, FTT lost 90% of its market cap.”

Bankman-Fried said he doesn’t believe Alameda was selling a large quantity of FTT during this period. “This was fear,” he said. “It was all a reaction to the news coming out specifically surrounding FTX and Alameda and their solvency, and combined with the run on the bank, on FTX, which meant that we saw moves that were 10 times, I mean five times as big as the biggest ever two-day move for either of those assets in history. And then, on literally the exact same day that they completely lost in value, a total run on the bank on FTX, where we saw $4 billion per day of customer withdrawals, which is 30 times what we see on a normal day.”

When asked directly if he thought it was problematic that FTT was such a large part of the balance sheet, he said “yeah. So, first of all, yeah.”

“Well, sorry, let me take that back,” he continued. “I think it’s problematic that it was such a large margin position, like if you’ve got a lot of tokens sitting there doing nothing, there's nothing wrong with that. But if you're using them as collateral right then, then you've got to worry about concentration risk on the asset side, and so I think that was problematic. I f***ed up, and was incorrect about the size of a position by a shockingly large number until Sunday night, when I recalculated it. Because of the historical accounting work, I was off by many billions of dollars on how big this position was.”

Bankman-Fried was also asked about the decision for FTX and all of its divisions and companies to declare bankruptcy, along with Alameda, when he claimed soon afterward that FTX.US was always solvent.

“You can blame the f***ing idiot you're talking to for actually filing it,” he said. “I was sort of coerced into doing it, but I should have just said no. I had that right. I probably would have been reported to everyone you can imagine for not doing it, but it would have been worth it. It's the right thing to do, not file. I would give anything to unfile that right now.”

When asked if the solvency of FTX.US meant that U.S. customers could have been made whole, even after the run on the exchange, Bankman-Fried was adamant. “If the U.S. team hadn’t turned off the accounts, they could already be withdrawing.”

“You know what? The honest answer is FTX.US was so f***ing solvent that even after a $250 million hack on the way to bankruptcy, it's still solvent. It’s about $500 million over.”

Regarding withdrawals on the FTX platform being enabled for citizens of Antigua and Bahamas when others couldn’t get their funds, which the countries’ regulators said had not been done at their request, Bankman-Fried said they had in fact been made aware in advance.

When asked if this was an insider withdrawal situation, Bankman-Fried said it was not the case. “No, this was trying to create a regulatory pathway forward for the exchange, just to appease the citizens of the country that you're currently in, basically.”

Bankman-Fried was also asked about the millions of dollars in campaign donations which he made ahead of the midterms. While the overwhelming majority of campaign contributions made publicly were to Democrats, he said this did not represent the reality at all.

“I donated about the same amount to both parties this year,” he said. “That was not generally known, because despite Citizens United being literally the most high-profile Supreme Court case of the decade, for some reason no one could possibly fathom the idea that someone in practice actually gave dark. So all my Republican donations were dark. And not for regulatory reasons, it’s because reporters freak the **** out if you donate to a Republican, they're all super liberal, and didn't want to have that fight. So I made all the Republican ones dark. I was the second or third biggest Republican donor this year as well.”

Bankman-Fried denied rumors that he laundered money with Ukraine for the Democrats. “I wish I could have pulled that off,” he said. “I don't know why, wouldn't know how they would. I don't know which funds they're laundering, I wouldn't even know what direction it was in, but I wish I was part of an international conspiracy that interesting.”

He also addressed the supposed ‘hack’ of $400 million in crypto from FTX which many believe was done by an FTX insider. “I don't know exactly who, because they shut off all access to the systems when I was halfway through exploring it,” he said. “I've narrowed it down to like eight people. I don't know which one it was, but I have a pretty decent sense. Either it was an employee, or someone installed malware on an ex-employee's computer.”

Bankman-Fried is scheduled to speak at the DealBook Summit on Nov. 30, an exclusive conference hosted by the New York Times. Other speakers at the Summit include Ukrainian President Volodymyr Zelensky and US Treasury Secretary Janet Yellen, as well as Mark Zuckerberg, New York Mayor Eric Adams, former Israeli Prime Minister Benjamin Netanyahu, and former Vice President Mike Pence. After this interview, and all the new issues it raises, the questions he and others face at the event could be very pointed.