"Clearly I made a lot of mistakes," says former FTX CEO Sam Bankman-Fried 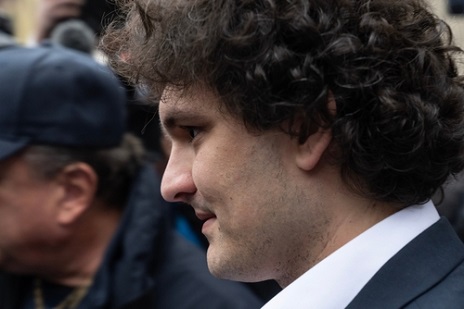 (Kitco News) - Former FTX CEO Sam Bankman-Fried (SBF) was interviewed during the New York Times’ DealBook Summit on Wednesday, where journalist Andrew Sorkin dug into the details surrounding the collapse of the crypto exchange which has sent the crypto market reeling in the month of November.

Much of what was discussed during the interview which lasted more than an hour had been discussed previously by SBF, but there were some notable moments worth mentioning.

Above all, Bankman-Fried reiterated on multiple occasions that he “screwed up,” and as the CEO of FTX during the time that things imploded, he bears the full responsibility.

“I was CEO of FTX, and that means whatever happened whenever it happened, I had a duty to all of our stakeholders, to our customers, and a duty to our employees, professionals to the regulators in the world to do right by them to make sure that the right things happen to the company,” he said. “Clearly, I made a lot of mistakes and there are things I would give anything to be able to do over.

Here’s a brief rundown of some of the highlights of the interview.

When asked about any concerns around criminal liability, SBF responded by saying “There’s a time and a place for me to think about myself and my own future, [...] but I don’t think this is it.”

When Sorkin noted that “there appears to be a genuine commingling of the funds that are FTX customers that were not supposed to be commingled with your separate firm,” SBF denied knowing about the comingled funds and blamed it on poor oversight.

“I unknowingly commingled funds [...] I was frankly surprised by how big Alameda’s position was which points to another failure of oversight on my part and failure to appoint someone to be chiefly in charge of that,” he said, adding “But I wasn’t trying to comingle funds.”

When pressed further about the activity going on at Alameda, which appears to be the source of lost customer funds, SBF appeared to deflect blame and again focus on the lack of oversight.

While he started off the conversation by saying that he was responsible for what happened, he spent much of the interview attempting to distance himself from Alameda, saying that he was not aware of the depth of the relationship between FTX International and his trading firm Alameda Research.

In response to Sorkin's question about what happened to the $515 million that was suspiciously transferred from FTX after its bankruptcy filing, SBF provided a list of possibilities, including “improper access of assets.”

During a brief moment of levity, when Sorkin asked Mr. Bankman-Fried what his lawyers thought about him doing this interview, SBF said that they strongly advised against it, but that is not who he is.

“I have a duty to explain what happened, and I think I have a duty to do everything I can to try and do what's right,” he said. “If there is anything I can do to try and help customers out here. And I don't see what good is accomplished by me just sitting alone in a room pretending the outside world doesn't exist.”

When asked if he was truthful in his interview, SBF said “I was as truthful as I’m knowledgable to be. There are some things I wish I knew more about.”

Sorkin followed up by asking, “do you agree that over time you also lied?”

“I don't know of times when I lied,” SBF replied. “There are certainly times when I was acting as a representative, as a marketer for FTX. And when I was looking for how I could truthfully paint FTX in the most compelling way possible, as exciting, and optimistic way as possible. And I wasn't thinking about, I wasn't talking about what are the risks involved with FTX. I obviously wish that I spent more time dwelling on the downsides and less time thinking about the upsides.”

The thing that SBF repeated multiple times throughout the interview was “I’m deeply sorry about what happened.”