Powell on slowing down: the Fed doesn't want 'to overtighten' and then cut rates too soon, so slower rate hike pace makes sense 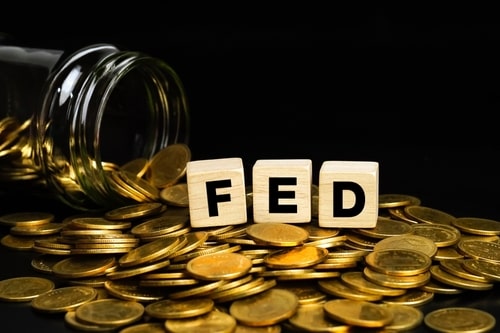 (Kitco News) Federal Reserve Chair Jerome Powell sent a very clear message to the marketplace during his speech Wednesday — he doesn’t want to overtighten and then be forced to cut rates too soon. And this is why slowing down the pace of rate hikes makes the most sense at this point in time.

“I don't want to overtighten. Cutting rates is not something we want to do soon. So that's why we're slowing down and we are going to try to find our way to what that right level is,” Powell said when answering questions after his speech at the Brookings Institution.

Powell listed several techniques for finding a new neutral rate without running the risk of tightening too much. “One risk management technique is to go slower and feel our way to what we think is the right level. Another is to hold on longer at a high level and not loosen policy too early,” he said Wednesday.

Powell made his comments when speaking on the topic of ‘Economic Outlook, Inflation, and the Labor Market’ at the Brookings Institution.

Following Powell’s dovish statements, gold surged back to daily highs, with February Comex gold futures last trading at $1,781, up 0.98% on the day.

The Fed chair once again pointed out that monetary policy acts with a lag, noting that the full effects of the central bank’s rapid rate increases are yet to be felt. He added that a slower pace of rate hikes could come as soon as the December FOMC meeting.

"It makes sense to moderate the pace of our rate increases as we approach the level of restraint that will be sufficient to bring inflation down. The time for moderating the pace of rate increases may come as soon as the December meeting,” Powell said during his speech.

But he also reminded investors that the slower pace of rate hikes is far less significant than how high the Fed is willing to go and how long it decides to keep rates elevated.

“It is likely that restoring price stability will require holding policy at a restrictive level for some time. History cautions strongly against prematurely loosening policy. We will stay the course until the job is done,” he said.

Powell also addressed his October comments about the path to a soft landing narrowing. “It has narrowed because if you look over the course of this, nobody expected us to raise rates this much. No one expected inflation to be this strong and this persistent and to spread so broadly through the economy. So, to the extent we need to keep rates higher for longer, that's going to narrow the path to a soft landing,” he said.

But if the Fed gets more evidence that the inflation is coming down, there is a way to achieve that softish landing. In this scenario, Powell envisions the unemployment rate going up but the U.S. economy avoiding a severe recession.

The next interest rate decision is scheduled for December 14, with markets projecting for the Fed to slow its rate hike pace to 50 basis points from the previous 75 bps and raise the key rate to a range between 4.25%-4.5%, according to the CME FedWatch Tool.

Analysts remain cautious despite Powell’s comments and the rally in gold, noting that the Fed will have to keep raising rates to get inflation down to its 2% goal.

“The confirmation of a slower pace of tightening prompted the market to go bid for risk assets, bonds, as well as gold,” said TD Securities’ global head of commodity strategy Bart Melek. “Still, given that inflation will be a problem for some time (high wage growth, poor participation rates, high housing services inflation), suggests that even though the rate of tightening may moderate, there are still considerable risks that policy keeps on tightening.”

Melek added that he expects gold to head lower at the beginning of next year. “Current price action may be the result of the last short positions being covered. We still expect gold will trend lower into Q1-23,” he said Wednesday.