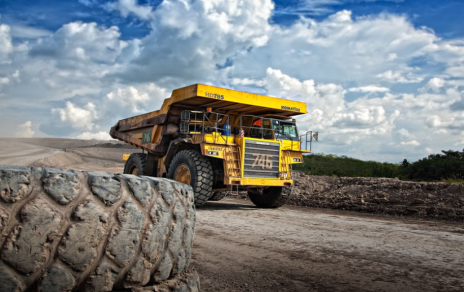 (Kitco News) - The average head grade at the world’s primary gold operations has been declining every year since reaching a 10-year peak of 1.46 g/t in 2017 and by 2021, the average grade had dropped by 8% from this peak to 1.35 g/t, Metals Focus stated in its recent report.

This fall is partly attributable to the increase in gold price over the same period, which makes lower grade material economic to exploit, it said.

The consultancy explained that typically, low-grade materials require a greater amount of rock to be extracted and processed, longer processing times and higher reagents usage, which translates to higher costs per unit of gold produced.

“Because a rising price incentivizes more low-grade production, average industry grades in the gold sector have an inverse relationship to the gold price,” the authors of the report found.

The consultancy noted that although changes in the gold price do influence industry average grades, gold grade at individual mines cannot be easily increased or decreased based on price in the short term.

According to the report, this is because ore is usually mined as part of a long term mine plan which cannot be easily adjusted to target higher or lower grade areas of the ore body. Most operations have some flexibility through processing of stockpiled high and low grade material but this is limited.

Importantly, Metals Focus said that the average grade of gold mining is not only dictated by the gold price, but also structural factors such as reserve depletion, new projects coming on-line and the proportion of output coming from open pit or underground mines.

“Open pit mines tend to have lower grades than underground operations, with the former averaging 1.29 g/t in 2021 and the latter 4.15 g/t in the same year,” Metals Focus said. “Both mine types have suffered from falling grades over the last 10 years with open pit grades down by 16% and underground grades down by 20% since 2012.”

More importantly, these falling grades have not only been driven by rising prices, but also the depletion of higher-grade reserves at mature mines.

Furthermore, the consultancy pointed out that in 2022, inflation pushed the cost of production higher for gold miners with industry average all-in sustaining costs reaching record highs.

This, alongside a falling gold price in the second half of the year, has led to a significant contraction in industry margins.

“This margin squeeze will lead to higher cost operations coming under pressure and likely lead to some closures. As these mines are disproportionately lower-grade mines, we expect this will have the effect of slowing or even halting the rate of decline in industry average grades,” Metals Focus said.

Meanwhile, thinning industry margins will result in higher grade operations outperforming their lower grade peers more so than they have in recent years, the consultancy concluded.