Will $1,800 bring the gold bulls back? Analysts look for follow-through buying next week 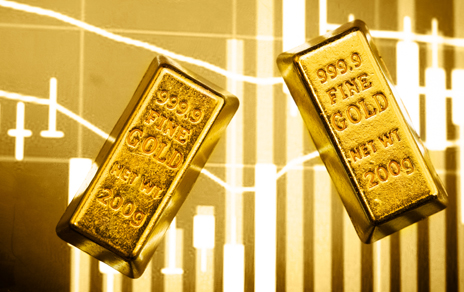 (Kitco News) - Growing expectations that the Federal Reserve will slow the pace of rate hikes are creating new momentum in the gold market as prices ended the week above $1,800 an ounce. However, some analysts aren't entirely convinced that new capital is coming into the market.

Analysts said they are anxious to see if the precious metal can attract some follow-through buying next week and solidly break out above its 200-day moving average, something it hasn't done since February.

Not only is gold starting December off on the front foot, but its 7% rally during November was its best performance since May 2021.

Gold's solid finish to the week comes after the U.S. government reported substantial employment gains and higher wages for November.

Friday, the Bureau of Labor Statistics said 263,000 jobs were created in November; economists expected job gains of 200,000. At the same time, wages increased 5.1% for the year, well above expectations.

Ole Hansen, head of commodity strategy at Saxo Bank, said that sentiment is improving with traders now looking to buy the dips instead of selling the rallies; however, he added that there is still little bullish conviction in the market and that needs to change if prices are going to consolidate at current levels.

"From a momentum perspective, we still need to do a little bit more work," he said. "Momentum traders are still not in a hurry to get into gold."

Gold's month-end rally started in earnest Wednesday after Federal Reserve Chair Jerome Powell said it could be appropriate for the U.S. central bank to slow its pace of tightening in December.

However, Grady noted that despite the dovish tilt, the Federal Reserve will continue to raise interest rates and that will keep many gold investors on the sidelines.

He added that he sees the current rally as further short-covering, which is not sustainable.

"You don't want to be short gold if the Fed is going to raise interest rates by 50 basis points," he said. "But people are not saying let's get long gold at $1,800; they are saying let's not be short."

Edward Moya, senior North American market analyst at OANDA, said that given gold's move this past week, he would expect to see some consolidation in the near term.

He added that next week is a relatively quiet one for economic data and traders will probably keep a low profile as they wait for the Federal Reserve's monetary policy decision on Dec. 14.

However, he added that he would look to buy gold as it tests the bottom of its new trading range.

"I'm slightly bearish on gold right now, but if it drops $20 from here, then I would be bullish," he said.

Moya added that long-term, although the jobs data remains persistently strong, other areas of the economy continue to weaken.

He said that after the holidays, he expects to see significant demand destruction as consumers try to pay their bills. This environment will force the Federal Reserve to slow the pace of its rate hikes and even lead to the much-awaited pivot.

Heading into the weekend, the CME Fed Watch Tool shows that markets see a nearly 80% chance that the Federal Reserve will raise interest rates by 50 basis points later this month. Markets still see a terminal rate between 5.0% and 5.25%.

Along with economic data, market analysts warn investors to keep an eye on headlines surrounding next week's OPEC+ output decision.

The group of 23 oil-producing nations led by Saudi Arabia and Russia will meet Sunday, with markets expecting the group to announce more production cuts, which would increase fears of a recession and higher inflation.