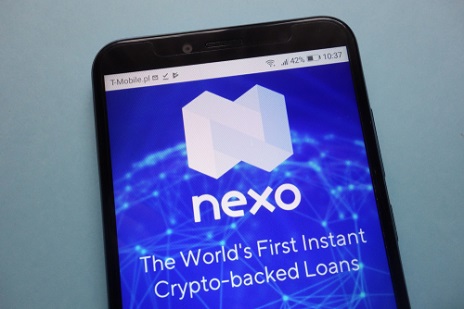 (Kitco News) - Nexo, a popular crypto lending and exchange platform, has announced its intention to gradually phase out its operations in the U.S. due to a lack of regulatory clarity.

“Our decision comes after more than 18 months of good-faith dialogue with US state and federal regulators which has come to a dead end,” Nexo said in a blog post. “It is now unfortunately clear to us that despite rhetoric to the contrary, the US refuses to provide a path forward for enabling blockchain businesses and we cannot give our customers confidence that regulators are focused on their best interests.”

The first part of the company's drawdown will begin on Dec. 6, when the platform's "Earn Interest Product" will become unavailable to users in the states of Indiana, Kentucky, Maryland, Oklahoma, South Carolina, Wisconsin, California, and Washington. Users will still have access to their funds but will no longer be able to accrue interest.

“These immediate changes only affect the usability of the Earn Interest Product for citizens and residents of the eight aforementioned states,” the company said. “In the interim and until further notice, these clients will continue to enjoy access to all other Nexo products available in these jurisdictions.”

Over the course of 2021 and 2022, Nexo off-boarded clients from the states of New York and Vermont and suspended all new Earn Interest Product registrations in the U.S. in an attempt to meet regulators’ expectations.

This revelation from Nexo comes as many of the leading crypto lending platforms in the U.S. – including Celsius, BlockFi and Voyager – have declared bankruptcy following the collapse of Terra/Luna and FTX.

The announcement from Nexo sought to reassure clients that their funds are safe and that the company remains in good financial standing by highlighting that the main reason for the move is in response to the murky regulatory landscape in the U.S.

“As we effectuate our orderly exit from the US, Nexo’s payment specialists have been informed and will continue processing withdrawals in real-time so that customers as always have uninterrupted access to their assets,” the crypto-lender said. “Although regulators initially encouraged our cooperation and a sustainable path forward appeared viable, the events of recent weeks and months and the subsequent change in regulators’ behavior point to the opposite.

The crypto lender also noted that there seems to be a fair amount of disagreement between the different regulatory bodies in the U.S. which has led to recommendations that have contradicted each other.

“We have reached a point where regulators are unwilling to coordinate with one another, and are insistent on taking positions that are inconsistent with one another, creating an impossible environment to operate efficiently and to create the expected value for our clients,” Nexo said.

As an example of the mixed messaging, Nexo highlighted the recent claim made by the Consumer Financial Protection Bureau (CFPB) that it has jurisdiction to investigate the Earn Interest Product while both the SEC and state regulators have also insisted that the program is a security that is subject to their jurisdictions.

“In addition, a number of the very state securities regulators we had been cooperating with for several months blindsided us by filing actions against us without advance notice,” the company noted.

Moving forward, Nexo plans to focus its time and efforts on creating products and services for jurisdictions that are more open to blockchain technology and understand its importance in the rapidly evolving digital world.

“Given the challenges of the confusing and contradictory US regulatory regime, it is with a heavy heart that we begin the gradual and orderly departure from the US,” the blog concluded.