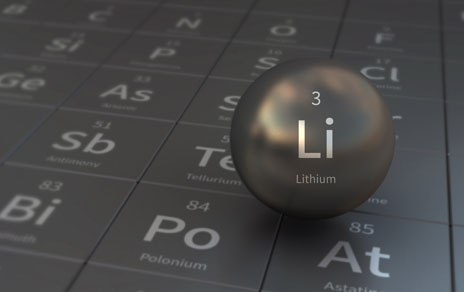 (Kitco News) - Lithium Chile (TSX: LITH) today announced the results of an updated resource report at the Salar de Arizaro in Argentina, which resulted in a significant increase to the company’s lithium carbonate equivalent resource.

Lithium Chile noted that this increase is a result of the success of its second production well, adding that second well, drilled 3.6 kilometers away from the initial production test well, encountered significantly increased thickness in the brine reservoir between 343 meters and 598 meters of depth.

According to the report, total Indicated and Inferred resource from second well amounted 1,167,000 metric tonnes of lithium carbonate equivalent.

President and CEO Steve Cochrane commented, "This is a significant resource increase as a result of just one additional well - almost doubling the size of the initial resource.  This success gives us great confidence in the areal extend of the Salar de Arizaro – one of the largest in Argentina.

"What is important to note is that should our next two test wells be successful in establishing a continuation of the brine reservoir, the resources attributable to Lithium Chile may be even more significantly increased as a result of filling in the area between the test wells.  We look forward to reporting the results of the third production well in the near future - and those of the fourth test well thereafter".

Lithium Chile also announced the completion of a successful fresh water well on the southern flank of the Salar de Arizaro with production rate more than sufficient to support the company’s plans for a 15,000 tonne a year production facility using either DLE or evaporation production methods.

Lithium Chile is advancing a lithium property portfolio consisting of 84,478 hectares covering sections of 11 salars and 2 laguna complexes in Chile and 23,300 hectares in Argentina.

The company has a NI 43-101 report with an indicated and inferred resource of 2,587,000 tonnes of lithium carbonate equivalent from its Salar de Arizaro, Argentina. The Phase 2 development program on the Salar de Arizaro is currently underway with its results to be included in an updated NI 43-101 report which is expected to be completed during the first quarter of 2023.