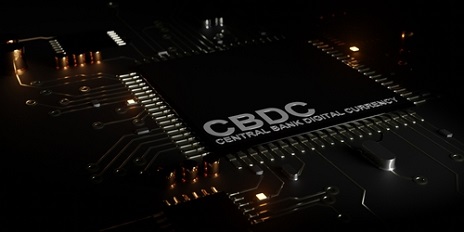 (Kitco News) - The push to develop and release a central bank digital currency (CBDC) continues to gain traction in countries around the world, with Pakistan becoming the latest to announce new regulations that enable the launch of a digital Pakistani rupee (PKR) by 2025.

According to a report released by local outlet Arab News, the State Bank of Pakistan (SBP) has enacted laws for Electronic Money Institutions (EMIs) as part of its goal to issue a digital currency within the next three years.

EMIs are non-bank entities that will be licensed by the State Bank of Pakistan (SBP) to issue e-Money for the purpose of digital payments.

The new regulations – which were developed in conjunction with the World Bank – establish a variety of requirements that money transmitters must follow including rules related to outsourcing activities, anti-money laundering and counter-terror financing measures, consumer protection, complaint-handling mechanism, oversight and regulatory reporting.

Pakistani Finance Minister Asad Umar said that using EMIs to help distribute and promote a digital PKR will help safeguard financial institutions from cybersecurity threats, calling the launch of a digital currency a game-changer in promoting e-Commerce and the country’s digital economy.

“This new category of institutions will complement the efforts of the government in creating an enabling environment to empower stakeholders in trade and commerce,” Umar said. "This will help businesses in improving their productivity and contribute toward positioning the nation for global competition."

Jameel Ahmad, Deputy Governor of SBP, said that the release of this “landmark” regulation is “a testament to the SBP’s commitment toward openness, adoption of technology and digitization of our financial system,” and added that the central bank is transforming itself into a modern, digital and technology-oriented bank.

Indonesia’s CBDC will operate in the Metaverse

Following last week's announcement out of Indonesia that the country’s central bank was exploring the creation of its own CBDC, Perry Warjiyo, the governor of Bank Indonesia (BI), said that the planned digital rupiah will be able to be used to purchase products in the Metaverse.

"Later [the] digital rupiah will be able to buy shoes, houses, cars, even goods in [the] metaverse," Perry said while speaking at an event focused on the digital rupiah, adding that this was an advantage the CBDC had compared to other payment instruments.

The central bank governor also indicated that the new currency will utilize a technology platform that will be compatible with other CBDCs. “[...] therefore in terms of infrastructure, it can be integrated, interconnected, and interoperable [with other CBDCs],” he said.

According to the BI governor, central banks will work to establish an agreed-upon exchange rate that will be used for digital currencies along with an operational supervision framework that includes cyber risk and capital flow.

Indonesia, which is Southeast Asia’s largest economy, currently has a ban in place on the use of cryptos as a means of payment but allows digital asset transactions for investment purposes in the commodity futures market.

The forthcoming digital rupiah will be rolled out in stages, beginning with a wholesale CBDC. After that, the BI will develop a business model for the digital rupiah in monetary operations and the money market, followed by the development of a retail CBDC for everyday use.