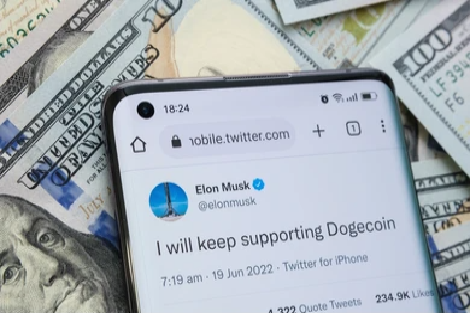 (Kitco News) - Twitter looks to be moving forward with cryptocurrency payment integration, and may also be developing a native coin, even as CEO Elon Musk continues to support Dogecoin.

Jane Manchun Wong, a security researcher, extracted code from a recent version of the Twitter Web App which showed a vector image depicting a “Twitter Coin,” which she shared on her Twitter account. She also shared an image of a ‘Coins’ tab within Twitter’s ‘Tips’ feature.

Wong told The Block through her LinkedIn profile that the code was extracted and added that the Twitter Coin icon may not represent a native token in the works but may be related to the crypto tipping feature instead.

“It isn’t rolled out yet; there is little information out there as to what this is exactly,” Wong wrote.

Not long after the screenshots were shared, both Wong’s Twitter and LinkedIn profiles disappeared from the platforms. Some users tweeted their suspicions that she’s been booted from Twitter, but that wouldn’t explain her LinkedIn also going dark. Others pointed to the fact that she had removed her Twitter and other social media profiles in late November following an increase in racist and misogynistic abuse. It seems likely that she reactivated twitter to share her findings, then deactivated it shortly thereafter.

Twitter CEO Elon Musk acknowledged that there was a lot of interest in adding crypto payment functionality during a Twitter Spaces event on Dec. 3. “It is kind of a no-brainer for Twitter to have payments, both fiat and crypto,” Musk said.

Musk also appeared supportive of his adopted favorite cryptocurrency Dogecoin. Billy Markus, the founder of DOGE, tweeted late Sunday evening that many accounts associated with the cryptocurrency appeared to have been banned.

a whole bunch of accounts of people who, as far as i know, generally don't do anything but tweet memes and positivity are being suspended.

Just 24 minutes later, Musk replied “Looking into it.” Three hours after the original complaint, Markus posted “welcome back doge accounts ty @elonmusk. 13 minutes later, at 12:42 AM, Musk followed up: “Team was a bit too intense with spam/bot suspensions. Moving to chill mode.”

Dogecoin turned negative shortly after 10 AM, and is currently trading at $0.1030.