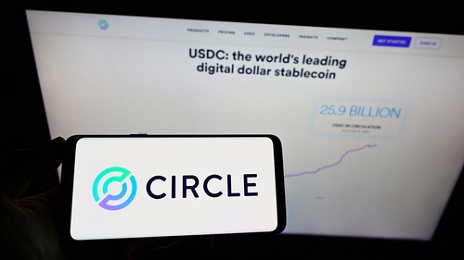 The merger was first announced in July 2021 with a preliminary valuation of $4.5 billion but was amended in February 2022 after Circle’s valuation doubled to $9 billion.

Under the terms of the agreements, Concord had until Dec. 10 to consummate the transaction or seek a shareholder vote for an extension, but it appears the company is content to let that deadline lapse.

This development came as a disappointment to Circle Co-Founder and CEO Jeremy Allaire, who reiterated their goal of becoming a publicly-traded company.

“Concord has been a strong partner and has added value throughout this process, and we will continue to benefit from the advice and support of Bob Diamond and the broader Concord team,” Allaire said. “We are disappointed the proposed transaction timed out, however, becoming a public company remains part of Circle's core strategy to enhance trust and transparency, which has never been more important.”

USDC is the second largest stablecoin by market capitalization behind Tether (USDT) with more than $43.3 billion tokens in circulation. Circle revealed that it finally became profitable during the third quarter of 2022, raking in a total revenue and reserve interest income of $274 million and a net income of $43 million. “Circle also ended the quarter with close to $400 million in unrestricted cash,” the press release said.

The termination of the proposed business merger was approved by the Board of Directors of Both Concord and Circle.

“Circle plays a key role in the blockchain's disruption of financial services,” said Bob Diamond, Chairman of Concord Acquisition Corp. Despite the termination of this agreement, Diamond said that he remains “confident in Circle's regulatory-first approach to building trust and transparency in the financial industry, which has never been more important,” adding that he “will continue being an advocate for the company as it continues to grow.”

The collapse of this deal has largely been attributed to the ongoing crypto winter which has been devastating to the valuations of many crypto companies and has led most to reevaluate their priorities. SPAC mergers have also fallen out of favor due to their poor performance in the face of a struggling stock market. Since hitting an all-time high in February 2021, the IPOX SPAC index benchmark has fallen more than 40%.