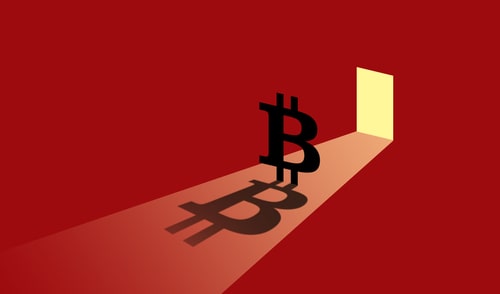 (Kitco News) Despite the staggering losses, it is "never too late" to sell the underwater crypto investments, said CNBC's Jim Cramer. But many in the crypto space continue to take his advice to mean the opposite.

"You can't just beat yourself up and say, 'hey, it's too late to sell.' The truth is, it's never too late to sell an awful position. And that's what you have if you own these so-called digital assets, which may not be worth the paper that they will never be printed on," the host of Mad Money said Monday.

The crypto space is struggling to find a bottom following the collapse of the cryptocurrency exchange FTX. The latest turbulence comes after months of heavy losses in light of several previous contagion risks and aggressive Federal Reserve interest rate hikes.

"The cryptocurrency collapse is like a farcical reenactment of the dot-com meltdown from 22 years ago. I am betting FTX won't be the last of these crypto exchanges to go down," Cramer told investors.

Cramer has been telling investors to stay away from speculative assets while the Fed continues to raise rates. "I told you I sold my Bitcoin and Ethereum a long time ago … and used the proceeds to buy a very nice farm," he said.

Cramer also warned that he sees a serious risk of marginal crypto coins, including XRP, Dodgecoin, Cardano and Polygon, falling to potentially zero.

"Tether, a so-called stablecoin that's supposed to be kinda-sorta pegged to the dollar, still has a $65 billion market cap despite the FTX fiasco. How is that possible?" he asked. "There's still a whole industry of crypto boosters trying desperately to keep all of these things up in the air — not too different from what happened with bad stocks during the dot-com collapse."

But those involved in the crypto space are used to ignoring Cramer's messages and take it as a signal to do the opposite. This is why many spoke out on Twitter, saying that Cramer's message means that the bottom is finally in.

Hilarious! Everyone that knows Jim Cramer, knows that by taking the opposite position you can do well. People have gotten rich shorting Cramer's 'picks'.