China buys 32 tonnes of gold in November, first increase in reserves since 2019

Editor's note: The story was updated to include further comments from the World Gold Council and more market analysis 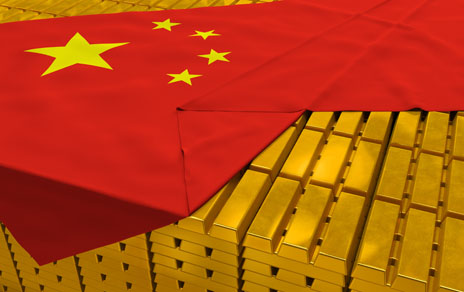 (Kitco News) - China has confirmed what many commodity analysts have long suspected was happening for most of this year: it is loading up on gold again.

Early Wednesday, the People's Bank of China reported that it bought 32 tonnes of gold in November. According to reports, the central bank bought gold when prices were around $1,650 an ounce.

In a Twitter comment, Krishan Gopaul, senior European, Middle East and Asian market analyst at the World Gold Council, noted that this is the first time the central bank has announced a change in its gold reserves since September 2019.

While the announcement from China's central bank has come out of the blue, it is not a surprise as many analysts speculated that the nation has been building its gold reserves through most of the year.

Last month the World Gold Council said that central banks bought 400 tonnes of gold in the third quarter. The WGC noted that this is the largest single quarter of demand from this sector, according to their records.

However, the WGC also noted that much of this gold was purchased anonymously.

"Not all official institutions publicly report their gold holdings or may do so with a lag," the WGC noted in the report from last month.

In an interview with Kitco News, Juan Carlos Artigas, global head of research at the World Gold Council, said China's latest gold purchase is in line with its previous activity.

He added that he couldn't speculate why China announced its latest purchases.

"This is a continuation of the trend for China. The central bank continues to use gold to diversify their reserves," he said. "I don't think this is unusual activity for China."

Beyond just one central bank purchase, Artigas said that this is a small picture in a much bigger trend. He noted that central banks have been net purchasers of gold for the last 13 consecutive years.

"What we have seen and expect to continue to see is that central banks continue to diversify their reserves and hedge against risk with gold," he said.

Nicky Shiels, head of metals strategy at MKS PAMP, said timing the announcement could be more significant than the amount purchased.

In a comment on Twitter, she noted that China updated its reserves following increased market chatter on gold-for-oil trading.

"As deglobalization accelerates, non-G-10 nations are expected to 're-commoditize' and ramp up gold holdings; the de-dollarization narrative is gaining traction," she said.

Thats >1mn oz purchased in Nov'22 BUT more importantly they chose to disclose this now... At a time when theres increasingly more market chatter about gold-for-oil trades. As deglobalisation accelerates, non-G-10

Marc Chandler, managing director at Bannock Global Forex, said in a comment to Kitco News, that China's purchase is a drop in the bucket compared to their overall reserves.

"It sounds like a lot, but if the issue is for diversification, it's minor," he said. "I think the dollar's role as a reserve currency is safe and the diversification out of the dollar into gold is modest and inconsequential for the dollar and probably for the gold market itself."