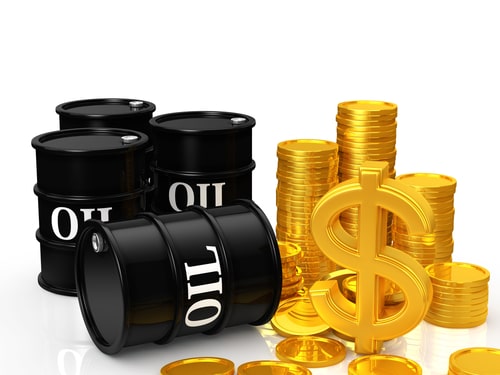 (Kitco News) In a year of "unthinkable macro scenarios," Credit Suisse's Zoltan Pozsar said it is not improbable for gold to double to $3,600 an ounce if Russia responds to G7's oil price cap by accepting gold for crude.

In a note to clients, Pozsar said that a year-end money-market liquidity crunch is unlikely unless Russia decides to accept gold for oil in light of sanctions.

While this outcome might sound out of this world, it is not that far-fetched given some of the geopolitical and macroeconomic surprises from this year, Pozsar said in a note titled 'Oil, Gold, and LCLo(SP)R.' "Crazy? Yes. Improbable? No. This was a year of the unthinkable macro scenarios and the return of the statecraft as the dominant force driving monetary & fiscal decisions," Pozsar wrote Monday.

In this scenario, Russia's President Vladimir Putin responds to the recently introduced $60-a-barrel oil price cap by asking for a gram of gold for two barrels of crude.

At current market prices, the cap of $60 per barrel for Russian oil equals the price of a gram of gold, Pozsar said. What essentially happens here is the U.S. pegs Russian export at this price, and Russia, in return, pegs it at a gram of gold. And this would come at a time when the U.S. is working to refill its strategic reserves with cheap petroleum.

In this example, "the U.S. dollar effectively gets 'revalued' versus Russian oil," Pozsar pointed out. "But if the West is looking for a bargain, Russia can give one the West can't refuse: 'a gram for more.' If Russia countered the price peg of $60 with offering two barrels of oil at the peg for a gram of gold, gold prices double," Pozsar described.

"Russia won't produce more oil, but would ensure that there is enough demand that production doesn't get shut. And it would also ensure that more oil goes to Europe than to the U.S. through India. And most important, gold going from $1,800 to close to $3,600 would increase the value of Russia's gold reserves and its gold output at home and in a range of countries in Africa," Pozsar described.

But gold doubling would be an issue for banks involved with futures markets as most have assumed that governments won't get back to paying for goods with commodities.

"Banks active in the paper gold market would face a liquidity shortfall, as all banks active in commodities tend to be long OTC derivative receivables hedged with futures (an asymmetric liquidity position)," Pozsar wrote. "That's a risk we don't think enough about and a risk that could complicate the coming year-end turn, as a sharp move in gold prices could force an unexpected mobilization of reserves (from the o/n RRP facility to banks) and expansions in balance sheets (SLR) and risk-weighted assets. That's the last thing we need around year-end."

On Monday, the price cap on Russian seaborne oil came into effect. It is being enforced by the G7, the European Union, and Australia. Russia, which is the world's second-largest oil exporter, responded that it would not accept the price cap, even if it has to cut production.