Editor's Note: The article was updated to include comments from the U.S. Mint. 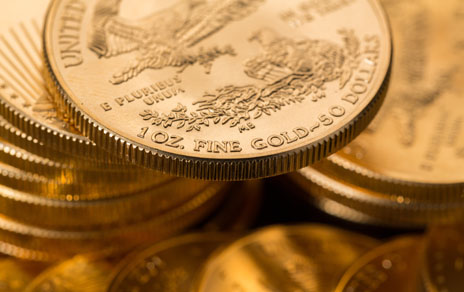 (Kitco News) - November's rally in gold and silver took a modest toll on physical demand; however, the Perth Mint continues to dominate the market as it saw solid bullion demand last month.

In its latest sales report, the Perth Mint said it sold 114,304 ounces of various gold products last month. The mint added that gold bullion sales were down 38% from October's record levels. At the same time, demand dropped 1% from November 2021.

General manager of minted products at the mint, Neil Vance, said that some drop in demand was the result of the mint holding back some production.

"Despite this, ounces of gold sold as minted products were at their second highest monthly level this financial year," he said in a statement.

According to some analysts, Perth Mint continues to see healthy international demand for its bullion with growing markets in Asia, the Middle East, particularly India and Europe.

Meanwhile, in North America, the U.S. Mint said it sold 6,000 one-ounce America Eagle bullion coins last month. The pace of sales in November was at its lowest since December 2019.

However, some analysts have said that low production could be related to some production issues as the mint has started making 2023 coins.

“The U.S. Mint has been on allocation to our Authorized Purchasers since July 2022, and based on our production plan we stopped production of American Eagle Bullion in September 2022, so that the Mint could begin striking coins for the launch of the CY 2023 bullion coin program that launches on Jan. 3, 2023,” said Michael White, spokesperson for the U.S. Mint, in a comment to Kitco News.

Jonathan Da Silva, a trader at Kitco Metals, said that he is still seeing healthy demand for America Eagle products; however, he added that rising prices coupled with high premiums are keeping some investors on the sidelines.

"We see some customers buying gold bullion coins for tax reasons, but because of where premiums are, you are betting that gold is going over $2,100," he said.

Similar to gold, the Perth Mint is seeing healthy, albeit lower, silver demand. The Australian mint said that it sold 1.315 million ounces of silver in November, down 34% from last month and down 14% on the year.

The Perth Mint noted that physical demand dropped as silver prices rallied more than 9% against the Australian dollar.

While U.S. Mint gold sales fell to a three-year low, it reported solid silver demand. The U.S. Mint said it sold 1.4 million ounces of silver in November, its strongest month since March.

The silver market continues to struggle amid growing physical demand. The unprecedented appetite for silver coins has kept premiums elevated, near 100%.

Last month the Silver Institute said that it expects demand for the precious metal to hit a new record of 1.21 billion ounces, putting the market in a considerable deficit of 194 million ounces.

Demand for physical bullion is expected to rise to 329 million ounces, increasing by 18% compared to last year.