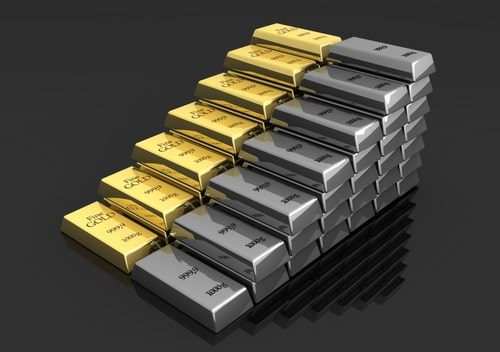 (Kitco News) The precious metals sector is seeing a move higher, and gold could be one of the main reasons for the shift in sentiment, according to Australia and New Zealand Banking Group (ANZ).

Gold is up more than 8% since November 1 and down only 1.6% year-to-date after a challenging year that was largely determined by a higher U.S. dollar boosted by an aggressive Federal Reserve tightening cycle.

The precious metals sector began to rise only when the marketplace started to price in a pause by the Fed. Last week, Fed Chair Jerome Powell confirmed that sentiment when he said that the U.S. central bank doesn't want to overtighten and then be forced to cut rates too soon.

"I don't want to overtighten. Cutting rates is not something we want to do soon. So that's why we're slowing down and we are going to try to find our way to what that right level is," Powell said when answering questions after his speech at the Brookings Institution.

The Fed has already raised rates by 375 bps since March, bringing the key policy rate to a range between 3.75%-4%. The next interest rate decision is scheduled for December 14, with markets projecting for the U.S. central bank to slow its hiking pace to 50 bps from the previous 75 bps, according to the CME FedWatch Tool.

"The gains in gold helped dragged the rest of the sector higher. Silver gained more than 2% while platinum pushed back above USD1,000/oz," said ANZ's senior commodity strategist Daniel Hynes in a note Thursday.

The strategist pointed to changes in the Treasury yields and the U.S. dollar as gold's main supportive drivers at the moment.

"Thirty-year Treasuries dropped more than 10bp to a three-month low while yields on the 10-year was also lower. Combined with weakness in the USD, gold received strong support," he said. "The precious metal rallied more than 1% to trade just below USD1,800/oz."

Plus, there is a stronger safe-haven demand for physical bullion, with China being the most recent example of a nation adding gold to its official reserves.

"Safe haven assets were in strong demand amid growing recessionary fears. This helped boost sentiment in the precious metals sector," Hynes said. "Sentiment was supported by strong physical buying. China joined the long list of other countries who have been strong buyers of bullion. The PBoC [China's central bank] added 32t to its holdings in November, the first increase in more than three years. This brings it total gold reserves to 1,980t."