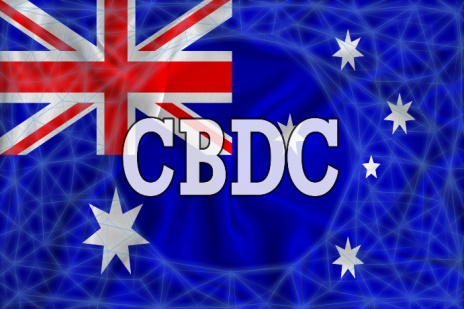 (Kitco News) - The Reserve Bank of Australia (RBA) published a speech by Assistant Governor Brad Jones which outlines some of the worrisome impacts that a central bank digital currency (CBDC) could have on the country’s financial system.

Jones focused his remarks on the potential risks of a retail CBDC. “This recognizes that a wholesale CBDC would entail less change to the status quo, as financial institutions already hold digital claims issued by the Bank.”

Jones reviewed some of the key arguments in favor of CBDC adoption, including strengthening financial inclusion where banks are few or distant, supporting universal access to public money where banknotes are hard to access or sparingly used, and safeguarding monetary sovereignty in societies with weaker rule of law and monetary systems. According to Jones, these situations do not apply to Australia.

“Another reason for interest in CBDC is that it could yield privacy benefits, including better control of personal data, and so encourage more commercial exchange,” he said. Jones also noted that “central banks are not seeking to replicate the anonymity features of physical cash that can leave it vulnerable to theft and use in illicit activity,” so an Australian CBDC “would still generate a digital footprint, over which the central bank, law enforcement agencies and private service providers would need differing degrees of oversight.”

Jones said that two stronger arguments for an Australian CBDC are its ability “to enhance the resilience of the money and payments system,” and also as a means of increasing “competition and efficiency in the payments system while reducing user costs.” He said, however, that the Australian system is already quite resilient and redundant, and that Australians already have a fast, efficient, and inexpensive means of transferring money digitally, the New Payments Platform (NPP) which the RBA launched in partnership with industry in 2018.

Jones then outlined what he considered the two most significant downside risks of CBDC adoption: “The potential to disrupt bank intermediation and monetary policy transmission in normal times” and “the potential to give rise to bank runs in stressed conditions.”

“The first of these concerns relates to the potential for a CBDC to become the preferred source of liquidity holdings for households in normal times, at the expense of commercial bank deposits,” Jones said.

“Central banks could find themselves awash in household deposits they don’t need and can’t usefully invest; control over the size of central bank balance sheets would be ceded in the process. Meanwhile, commercial banks, which do need deposits to finance their operations, could have their funding and lending channels significantly affected, disrupting monetary policy transmission in the process.”

He said that this could force banks to offer higher deposit rates or raise more funding from more expensive and volatile sources.

The second key concern for a CBDC is its potential to “threaten financial stability” by facilitating bank runs if Australians lose confidence in their banks.

“Access to a risk-free CBDC could increase the ability for panicked households to substitute out of bank deposits en masse,” he said. “As bank deposits could be converted into CBDC at the stroke of a keyboard, it would be faster and easier to run into a CBDC than to queue outside a commercial bank and bury physical cash in the yard or under the mattress.”

Jones noted that there is no “universal consensus” among researchers about how serious these risks could be, but said of the mitigations they propose, “personally, I don’t find them persuasive.”

“The bottom line here is that much will depend on CBDC design choices, and there are many complex issues that would need to be carefully weighed ahead of any decision to proceed with issuing a CBDC,” he said.

Jones then addressed the RBA’s eAUD pilot program, noting that Australia’s CBDC project has two unique features. “First, we have not prescribed use cases in advance,” but that the program was constructed as a “blank canvas” to enable industry participants to come up with their own use cases. “Second, the pilot phase will entail the Reserve Bank issuing a real digital claim to approved use case providers.”

He said the eAUD program received over 140 use cases from 80 entities since the RBA published its CBDC white paper in the fall. “The use cases span everything from e-commerce payments, to offline payments, government payments, and the trading and settlement of tokenized assets.” A wide range of use case providers have lodged submissions, ranging from large banks, financial market infrastructure providers and consultancies, to small digital asset firms and fintechs.

Jones said that the RBA project team will choose some of the proposed cases and include them in the pilot phase set to begin early in the new year, with a report due to be published in mid-2023.

He concluded by saying that before a retail CBDC could be issued, “a strong public interest case would first need to emerge. On balance, we have yet to see that case made in Australia.”