Buying opportunity for gold is this December and early 2023, says RBC 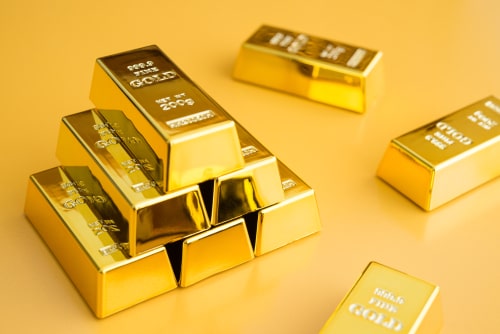 (Kitco News) There will be several good buying opportunities for those wanting to enter the gold market, according to RBC Capital Markets. But the lower gold prices will last only until the end of December and the beginning of next year.

"There will be a number of buying opportunities in what remains of 2022 and into early 2023 in preparation for a turn of some of the most gold-negative macro factors, with a likely exit coming around the end of next year before 2024 begins in earnest, according to our base case outlook," said RBC Capital Markets commodity strategist Christopher Louney.

RBC is looking for gold to average $1,890 an ounce in the fourth quarter of next year, Louney told Kitco News.

This year has been defined by gold's tug-of-war between the inflation-driven store of value trade and negative gold macro factors, Louney said this week.

"That tug of war led prices lower until more recently, when the conversation has pivoted around monetary policy and what sort of economic bumps we may encounter in 2023 and beyond," RBC's commodity strategists explained. "Macro investors have been in the driver's seat and will likely remain so. While investor allocations to gold have declined significantly and risks persist, on balance we think gold will have more momentum given the bumpier economic times that seem to be ahead."

Next year looks brighter for the precious metal as sentiment around the Federal Reserve, economic growth, and peak rates shift. This is why it is best to get into gold before that happens.

The bank also has high and low scenarios, which see gold at $2,138 an ounce or at $1,667 an ounce in the fourth quarter of next year, respectively.

"The difference between our high scenario and middle/base scenario across all future tenors comes down to a material risk-off event occurring (lots of Russia and China-related risks here)," the 2023 outlook said. "While 2023 looks stronger y/y, our base case assumes some level of normalization in 2024, yet our high scenario, which assumes a higher level of risk-off attention, sees a continued increase."

The bank describes gold as more of a strategic asset than a tactical one in the current environment. "We recommend it as a risk overlay, particularly given economic and geopolitical risk, and as a long-term store of value (see the end of the piece)," the report said. "We would point to Russia's ongoing war in Ukraine, US-China tensions and other risks around resource nationalism, de-globalization, and general trade tensions as the world continues to face elevated inflation and commensurate economic challenges."

The crypto chaos underlined gold as the non-debasable asset of last report. It has "high liquidity, negative correlations during shocks and positive correlations with equities over the long run," the outlook said.

Louney said that the November-December gold rally that briefly took prices above $1,800 an ounce was too much too fast. "I was surprised at how sharp the year-end strength has been, even if it has been a long time coming from the perspective of gold bugs," he stated.

But a more lively gold price rally will be unlocked once the Federal Reserve signals a peak in rates. "Our economics/rates strategy team currently sees the Fed's final hike in March, which will likely bring choppiness, but we do think that begins to loosen the weight on gold currently," Louney said. "The calculus changes once the final hike is here. From there on, we see macro factors loosening further."