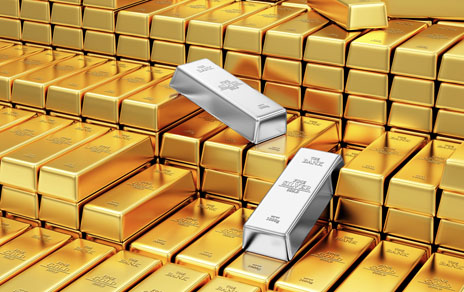 (Kitco News) - It is going to be an interesting and exciting 2023 for gold and silver as one analyst sees prices moving significantly higher through the year and into 2024.

In an interview with Kitco News, Avi Gilburt, founder of ElliottWaveTrader.net, said that gold and silver are getting ready to rise after a two-year consolidation period. He sees gold prices pushing solidly above $2,000, and said silver could easily double to above $40 an ounce and eventually push back to its all-time highs at $50.

"I was taught that if you didn't have anything nice to say, then don't say anything at all, and that is what it has been like for gold and silver," said Gilburt. "I've just been biding my time and waiting for the setup for the next rally to $2,100."

Looking at gold's long-term technical picture, Gilburt said he has been tracking a five-wave rally in gold, going all the way back to the 2015 lows.

"Back in August of 2020, we hit the top of the third wave. From then, until we hit the low back in early November of this year, we basically had a two-year consolidation in a fourth wave. We are now preparing to rocket higher in a fifth wave," he said.

Gilburt added that traditionally, the fifth wave is fairly powerful, with the potential for prices to go parabolic.

Gilburt trades gold through the world's largest gold-backed exchange-traded fund: SPDR Gold Shares (NYSE: GLD). He said his minimum target for GLD in 2023 is $220 per share.

"The next pullback will likely be a buying opportunity, and you could put stops around $155,” he said. "But with this setup, I'm looking to start getting aggressive in the complex, start using some leverage, start using some option plays."

Turning to silver, Gilburt said that he sees even more potential than gold.

"Silver is getting set up for both a third and a fifth wave rally over the coming year, year-and-a-half. Silver may replicate what we saw in 2010 and 2011. That price action was outright parabolic," he said.

Gilburt said that because silver has lagged in the precious metals space for the last two years, it has a lot of catching up to do.

However, similar to gold, Gilburt said he is looking for one more selloff.