Gold is in 'penalty box': Wells Fargo on why gold's next move hinges on silver 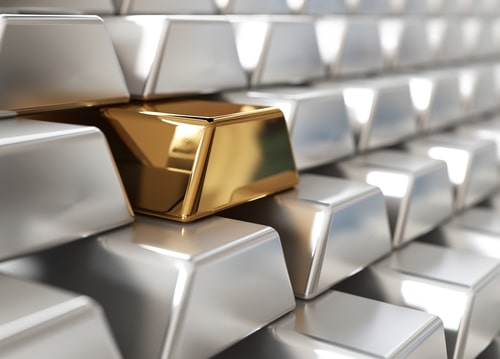 (Kitco News) The silver market is signaling that gold's weakness is temporary after the yellow metal’s recent run, according to Wells Fargo's head of real asset strategy John LaForge.

"I am a little more positive on silver now that we are back to $23. It is the high-beta play. Silver is showing signs that whatever weakness we see in gold, it is probably short-lived," LaForge told Kitco News. "When silver starts beating gold, it is closer to a bull market in precious metals versus the other way."

With only a few days left in 2022, markets look exhausted. "Stocks have been in a straight march lower. And gold has been taking its cue from risk-on assets like stocks more than reacting to the Fed," LaForge said.

And even though gold has been tracking risk-on assets, it has reacted mildly. "You can sense gold wants to go higher next year. Gold had a rough two and a half years," he added.

Gold is already starting to price in a pause by the Federal Reserve, followed by an eventual pivot. "In the last couple of months, with all the talk about the Fed pivoting, gold started to perk up. Next year, both gold and silver will do well. Silver might do even better," LaForge noted.

But in the meantime, gold is still in a prove-it mode. This is because while commodities have done well in the last couple of years, gold has been stuck. "I need confirmation through the price that gold is starting to move. If it does, it could go even higher than $1,900-$2,000," LaForge said.

Silver has a chance to outperform gold next year because it is a high beta play and is known to be more volatile than the yellow metal. "Over a supercycle, which is 10+ years, percentage-wise, silver does better than gold. That's what happened during the last cycle between 1999 and 2011. That is typical," LaForge said.

The anticipated Fed pivot is the main trigger behind higher gold and silver prices next year. "That might not come until mid-year. But gold has already been reacting positively to markets pricing that in," LaForge explained.

The second driver is the underlying fundamentals, particularly from a supply-growth perspective. "You don't have much growth there, so only a little pull on demand is needed," he described.

The third driver will be gold as a contrarian play. The precious metal has underperformed relative to other commodes during the last two years. This is a sign for some investors to start re-balancing their wins and losses and moving more money toward gold while it is still cheap.

"You will get investors coming back to some of these contrarian plays. When you are in a bull supercycle, more assets under management start moving towards commodities, and it tends to lift the entire group up," LaForge said. "And gold hasn't gotten that yet. Typically, at the end of the year, you buy losers and get rid of winners. That's what is going to happen with gold. It's been in the penalty box for 2.5 years. It looks very cheap relative to other commodities."