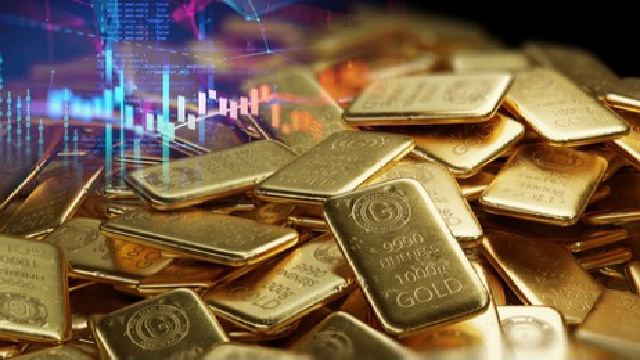 (Kitco News) - The gold market could be on the cusp of a new bull market ahead of the new year as the precious hold on to its solid gains from the past month.

The yellow metal is looking to end the last trading day of 2022 roughly $5 below its opening price at the start of the year. February gold futures last traded at $1,825.70 an ounce.

It has been a tumultuous year for the precious metals market. The Federal Reserve's aggressive monetary policy stance weighed heavily on investment demand. In early November, gold prices fell to a two-year low to $1,618 an ounce.

However, since those lows, prices have rallied nearly 13% and this could be the start of another move.

"[Gold] is ready to pop," said Ole Hansen, head of commodity strategy at Saxo Bank, in an email to Kitco News.

Julia Cordova, founder of Cordovatrading.com, said that if gold can hold support at $1,820 an ounce, it could trigger a move to $1,860 an ounce.

"It's threatening to break out once again and if it can manage to hold it this time, a biggly move is coming," she said in a comment on Twitter Thursday.

Although gold has struggled to attract investor attention through 2022, it has still been one of the best-performing assets this year. Gold is ending the year in neutral territory; however, the S&P 500 is looking at a 20% loss, last trading at 3,803 points.

At the same time, silver is ending the year on a strong note, outperforming gold. March silver futures is preparing to end the year around $24 an ounce, up more than 2% year-to-date.

This past month, gold and silver have benefited from shifting interest rate expectations. Although economists anticipate the Federal Reserve will continue to raise interest rates, many see a peak in the first half of the year. At the same time, fears of a severe recession are raising forecasts that the U.S. central bank will start to ease rates by the end of 2023 or early 2024.

According to some economists, several labor market reports on deck next week could set the tone for markets, at least for the first quarter of the year.

In his press conference on Dec. 14, Federal Reserve Chair Jerome Powell, has warned investors that the labor market remains too tight for the central bank to shift its aggressive monetary policy stance.

Economists have been recently paying close attention to the Labor Department's monthly Job Openings and Labor Turnover Survey, or JOLTS report. Economists note that further declines in the number of jobs available could signal higher unemployment in the next few months.

"Job creation likely gained momentum in December, with payrolls strengthening at the close of the year in the latest indication of tight US labor-market conditions. The [unemployment] rate likely fell as well to 3.6%, while we expect wage growth to remain high at 0.4% m/m after accelerating to 0.6% in Nov," the economists said in a note Friday.