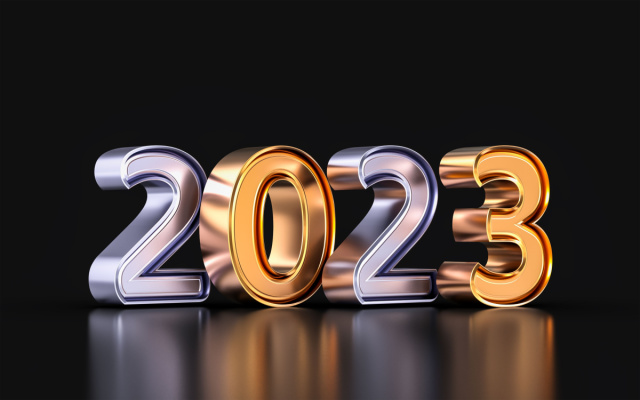 (Kitco News) - The silver market is preparing to end 2022 on a strong note and bullish sentiment among retail investors indicates the rally is just getting started.

This past year has been fairly volatile for the silver market as rising inflation forced the Federal Reserve to aggressively raise interest rates, driving bond yields to a 10-year high and the U.S. dollar to a 20-year high.

During a lackluster summer, silver prices fell to a multi-year low below $18 an ounce; however, shifting expectations surrounding the Federal Reserve's monetary policy stance propelled the grey metal higher in the fourth quarter.

Silver has rallied nearly 38% from its August lows as it looks to end the year just below $24 an ounce. According to Kitco News' latest 2023 Outlook Survey, retail investors see even higher prices through 2023.

Sentiment among retail investors is also significantly more bullish than indicated by the headline number. Only 85 participants, roughly 5% of the vote, said they saw silver prices ending 2023 below $23 an ounce.

Meanwhile, nearly 48% of participants expected silver prices to end the year higher than $38 an ounce.

Jeff Kresnak, Middleville, Michigan, said in an email to Kitco News that he sees silver prices double in 2023, which would put prices well above $40 an ounce by the end of the year.

"The industrial metal will also be used as a hedge against inflation and the stock market," Jeff said. "I personally believe silver had a boat anchor attached to it because crypto was weighing it down. I believe 90% of the people in 2022 that were over-optimistic on crypto have had enough bloodshed; they will not return to crypto and will now jump into silver."

Retail investors are significantly more bullish on silver compared to Wall Street analysts. While most analysts are looking for silver to rally, most are expecting prices to trade below $30 an ounce.

Jim Wyckoff, senior technical analyst at Kitco.com, said that he sees silver prices trading in a range between $22.00 to $27.31 an ounce.

Most analysts are bullish on silver as the green energy transition drives industrial demand for the industrial metal.

Bank of America analysts, who are extremely bullish on gold, see silver prices peaking around $25 an ounce.

"Investors usually look at silver both through a macro, but also a micro lens: On the macro side, a Fed pivot and stabilization of USD should make the precious metal more attractive; meanwhile, on the micro side, a stabilization of industrial offtake may help," wrote Michael Widmer, commodity strategist for Bank of America in his outlook report.

While most analysts are moderately bullish, there are some who expect to see prices double next year.

In an interview with Kitco news, Avi Gilburt, founder of ElliottWaveTrader.net, said that silver is embarking on a major bull rally that could see prices push back to its record highs of $50 an ounce.