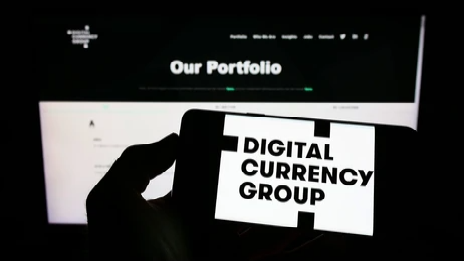 (Kitco News) - Cameron Winklevoss, co-founder with his twin brother of the Gemini crypto exchange, set off the latest round of recriminations surrounding Digital Currency Group (DCG) and their various subsidiaries and funds when he published an open letter to DCG founder Barry Silbert on Twitter on Jan. 2.

“Barry — today marks 47 days since Genesis halted withdrawals,” Winklevoss wrote. “I am writing on behalf of more than 340,000 Earn users who are looking for answers.”

Winklevoss wrote that DCG owes its own subsidiary Genesis Trading $1.675 billion, which includes money that belongs to Gemini and other creditors. “You took this money […] to fuel greedy share buybacks, illiquid venture investments, and kamikaze Grayscale NAV trades that ballooned the fee-generating AUM of your Trust,” he wrote.

Winklevoss said that Gemini has been trying to work with DCG “in a good faith and collaborative manner” since mid-November and accused Silbert of engaging in “bad faith stall tactics” and refusing to agree to a timeline for the repayment of Gemini’s customer funds. “Every time we ask you for tangible engagement, you hide behind lawyers, investment bankers, and process,” he wrote, asking Silbert to “publicly commit” to a resolution by Jan. 8, 2023.

Gemini is under increasing pressure from its own customers to get their frozen funds out of Gemini’s Earn program after a number of them filed a lawsuit on Dec. 27 accusing the company of “effectively wiping out all investors who still had holdings in the program.” The investors wrote in the complaint that Earn amounted to unregistered securities, and if they had been registered, investors would have received disclosures that more accurately represented the risks involved.

Silbert tweeted a response to the open letter, saying “DCG did not borrow $1.675 billion from Genesis. DCG has never missed an interest payment to Genesis and is current on all loans outstanding,” and claimed DCG delivered a proposal of their own to Gemini on Dec. 29 “and has not received any response.”

“Stop trying to pretend that you and DCG are innocent bystanders and had nothing to do with creating this mess. It's completely disingenuous,” Winklevoss replied. “So how does DCG owe Genesis $1.675 billion if it didn't borrow the money? Oh right, that promissory note... Will you, or will you not, commit to solving this by January 8th in a manner that treats the $1.1 billion promissory note as $1.1 billion?”

The public argument drew the attention of another major player in crypto’s recent crises. Zhu Su, co-founder of Three Arrows Capital (3AC), a Singapore-based cryptocurrency hedge fund which went bankrupt in June 2022, leveled his own accusations at Silbert and DCG, saying they “conspired w FTX to attack Luna,” lost a substantial amount when 3AC went bust and “fabricated a left pocket right pocket callable promissory note” to cover up the losses.

Zhu said that Silbert, “like FTX, proceeded to misdirect for months” and “like FTX, spent six months taking more deposits while insolvent” in the hopes that the market would recover and make back their losses.

The accusations added to the downward pressure on the funds of another DCG subsidiary, Greyscale’s Bitcoin Trust (GBTC), which at the time of writing is discounted by over 45% and trading at $8.07.