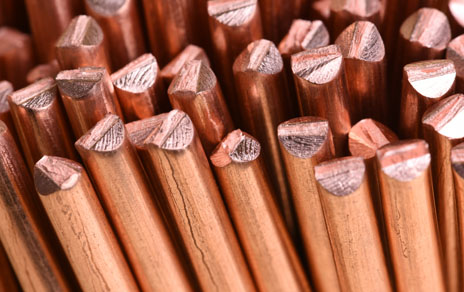 The company said that mill throughput in October and November averaged above design capacity, but production in December was impacted by unplanned mill downtime, including a sitewide power outage late in the month.

"Robust molybdenum pricing, increasing by nearly 75% to over US$30 per pound at year-end, is expected to drive a strong by-product credit in the quarters ahead," commented President and CEO Stuart McDonald.

He added, "Mining operations have advanced deeper into the Gibraltar pit and were largely unaffected by this recent severe winter weather and power outage. Copper grades in the fourth quarter were similar to the third quarter due to the continued impact of higher mining dilution."

"We are advancing a number of initiatives to reduce the above normal mining dilution that we have been experiencing in the Gibraltar pit. With milling operations stabilized, we expect improved production in the first quarter and a more consistent quarterly production profile through 2023," concluded Mr. McDonald.

Taseko is focused on the operation and development of copper mines in North America. Headquartered in Vancouver, Canada, Taseko is the owner (75%) and operator of the Gibraltar mine in British Columbia, the second largest open pit copper mine in Canada.