Gold price climbs closer to $1,900 as China says it bought 30 tonnes in December 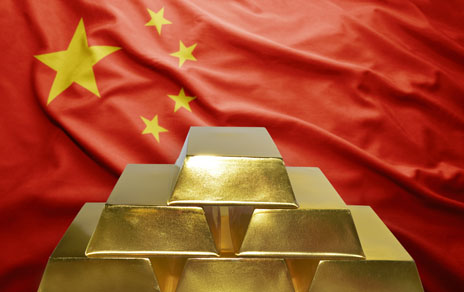 (Kitco News) - The gold market is trading at its highest level in seven months, driven partly by the People's Bank of China's growing appetite for the precious metal.

In an update published Saturday, China's central bank announced that it increased its gold reserves by 30 tonnes in December. This follows November's purchase of 32 tonnes of gold, the first officially recorded purchase since September 2019.

Some analysts have said this could continue to support gold prices as they climb closer to $1,900 an ounce. February gold futures last traded at $1,880.70 an ounce, up 0.59% on the day.

However, not all analysts see China's purchases as a game-changer for gold. Marc Chandler, managing director at Bannockburn Global Forex, said that China's gold holdings still play a minor role in the central bank's total reserves.

"Many pixels have been used talking about China diversifying away from the dollar toward gold. We have played this significance down. Its gold holdings did rise by about $5.5 bln to $117.2 bln, or a little more than 5%, in December. This is a little more than the valuation adjustment," he said in a note Monday. "Before getting too carried away, note that at the end of 2020, China's gold holdings were worth $118.2 bln. As a percentage of overall reserves, the share of gold was virtually unchanged over the two years at around 3.7%."

Krishan Gopaul, senior European, Middle East and Asian markets analyst at the World Gold Council, noted that between the first and third quarter of 2022, central banks bought 673 tonnes of gold.

Along with China, Turkey's central bank added another 19 tonnes of gold to its reserves and the Central Bank of the Kyrgyz Republic bought 3 tonnes of gold.

"Looking ahead to the full year picture, it's likely that central banks accumulated a multi-decade high level of gold in 2022," he said.

Analysts expect that central banks will continue to purchase gold through 2023 as they diversify away from the U.S. dollar.

In a recent interview with Kitco News, Sean Fieler, owner and chief investment officer of Equinox Partners, said that central bank gold demand in 2022 is a game changer for the gold market and demonstrates to investors that there is real value in the precious metals market.

He added that China's gold reserves are still at extremely low levels, and there is room for further growth.