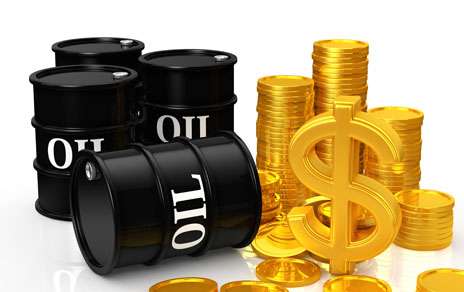 (Kitco News) - Gold will be a crucial factor for China as the nation looks to strengthen the yuan's international credibility and continues to push forward its plans to buy oil from Saudi Arabia, according to one market strategist.

In early December, during a visit to Saudi Arabia, Chinese President Xi Jinping called on leaders in the top oil-exporting nation to accept the yuan for oil as the two countries look to strengthen their geopolitical ties.

In his latest report, market analyst at BNP Paribas, Chi Lo, said that if Saudia Arabia started trading oil in renminbi, it would create further momentum for the Chinese currency, bringing it one step closer to reaching critical mass internationally.

"Gold, however, is a key factor in the further development of a petro-yuan system," he said in the report. "A gold-backed petro-yuan does not require full renminbi convertibility to function, so it allows China to simultaneously retain control of its capital account and boost the internationalisation of the renminbi."

Lo added that backing a renminbi-oil trade with gold will be instrumental in building its petro-yuan system.

"Making the renminbi convertible into gold effectively turns the currency into a global investable asset for foreign renminbi owners, boosting their confidence in and demand for the Chinese currency," he said.

The comments come as China announced it purchased another 30 tonnes of gold in December. This follows November's purchase of 32 tonnes of gold, the first officially recorded purchase since September 2019.
China's gold reserves now total 2,010 tonnes.

The analysts for the French bank said that China is already making strategic headway in global currency markets as it looks to weaken the U.S. dollar's hold as the world's reserve currency.

He also noted that countries like Iran, Venezuela and Indonesia currently settle some of their oil trades in yuan.

"The volume of trade, and the scope for using the renminbi for international payments, could grow as more countries diversify out of U.S. dollar risk. This development could challenge the U.S. dollar-based global financial system over time as the dollar's global reserve currency status is largely based on its importance in the energy and commodity markets," he said.

However, China still has a long road ahead as it competes with the U.S. dollar. Lo noted that even if Saudi Arabia did start accepting yuan for oil -- which would move up to $1 trillion out of U.S.-dominated markets -- yuan-settled global payments would total about 3% of the total market, putting it just ahead of Japan. The U.S. and the euro dominate global payment systems by a massive margin.