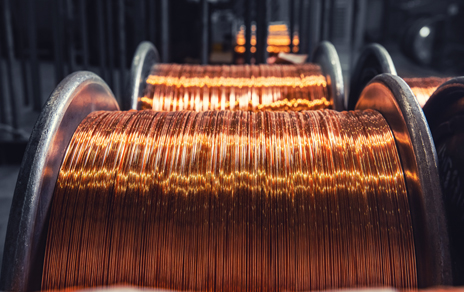 (Kitco News) - Ivanhoe Mines (TSX: IVN) announced today that the Kamoa-Kakula mining complex in the Democratic Republic of Congo produced 333,497 tonnes of copper in concentrate in 2022, achieving the upper-end of the original 2022 production guidance range of 290,000 to 340,000 tonnes.

In a press release, the company said that Kamoa-Kakula's 2022 production achievement represents a year-over-year increase of 215%.

The 2023 annual production guidance for Kamoa-Kakula is estimated at between 390,000 to 430,000 tonnes of copper in concentrate, following the anticipated completion of the debottlenecking program early in the second quarter of 2023, it added.

Ivanhoe also noted that Kamoa Copper's previously announced debottlenecking program is over 90% complete and is progressing ahead of schedule.

Executive Co-Chair Robert Friedland stated, "Kamoa-Kakula has firmly established a track record of excellence during the development of Phase 1 and Phase 2 operations, which has led to an industry-leading growth profile in terms of copper production that will continue as we bring Phase 3 online.

"Kamoa-Kakula also stands out among its peers as one of the few mining operations worldwide to strongly deliver on its original 2022 production guidance, which is a further testament to the team of engineers and contractors who commissioned the Phase 2 concentrator several months ahead of schedule. With the Phase 3 expansion well on track, including the integration of Africa's largest single-line blister-copper flash smelter, Kamoa-Kakula is poised to become one of the world's leading producers of vital copper metal for global markets."

Ivanhoe Mines is a Canadian mining company focused on advancing its three principal projects in Southern Africa; the expansion of the Kamoa-Kakula mining complex in the DRC, the construction of the tier-one Platreef palladium-rhodium-platinum-nickel-copper-gold project in South Africa; and the restart of the historic ultra-high-grade Kipushi zinc-copper-germanium-silver mine, also in the DRC.

The company indicated that Kakula is projected to be the world's highest-grade major copper mine, adding that based on independent benchmarking, the project's phased expansion scenario to 19 Mtpa would position Kamoa-Kakula as the world's second-largest copper mining complex, with peak annual copper production of more than 800,000 tonnes.