Who is behind this gold price rally? TD Securities points to 'mystery buyer' 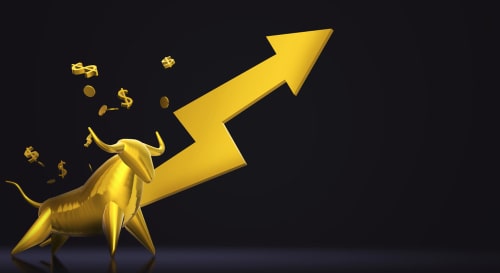 (Kitco News) Gold is trading at seven-month highs, up around 2.5% since the start of the new year. But what/who is behind this recent rally? With the macro outlook unchanged for gold, TD Securities points to a mystery buyer.

Some analysts explain the recent rally as gold pricing in a pivot by the Federal Reserve and investors turning to safety ahead of the coming recession.

However, TD Securities does not see the macro outlook as changed for gold. And the bank believes a mystery buyer is responsible for the gold price run-up.

"The rally in gold prices over the past two months has defied analyst expectations for continued weakness, including TD Securities'," said the bank's senior commodity strategist Daniel Ghali. "Yet, we see little evidence that the rise in gold prices is associated with a changing macro narrative."

The bank also pointed out that speculative interest in gold is still weak. "We still don't see sufficient evidence of substantial buying activity from money managers," Ghali said in a report Monday. "This begs the question: who in the world is this mystery buyer driving prices higher?" Ghali asked.

According to TD's analysis, the central banks, especially China, are driving the gold price at the moment, leading to the price levels getting mismatched.

"Armed with a flows-based approach, we present strong evidence that behemoth Chinese and official sector purchases may have single-handedly catalyzed a $150/oz mispricing in gold markets," Ghali said.

Over the weekend, China reported buying an additional 30 tonnes of gold in December. This follows its November purchase of 32 tonnes of gold, which was the People's Bank of China's first officially recorded purchase since September 2019. China's gold reserves now total 2,010 tonnes.

Central banks around the world bought a record amount of gold in the third quarter of 2022, according to the World Gold Council (WGC). And many analysts see that trend continuing in 2023.

A total of nearly 400 tons was bought by central banks in the third quarter, which marked a 300% jump from the same period a year ago. Year-to-date, central banks bought 673 tons, more than any other annual total since 1967 — when the U.S. dollar was still backed by gold.

All eyes are on the WGC's fourth-quarter report, which will be released at the end of January with updated numbers for the year.

Ghali added that market participants are speculating about massive secret purchases from Russia and China.

"Our tracking of the top ten participants in Shanghai highlights a notable increase in net length from this cohort, equivalent to 100 tonnes in notional gold since December 20th. This was primarily driven by more than 16k SHFE lots of new longs acquired over this timeframe, continuing the trend of notable rise in Shanghai gold length since early November. The pace of gold purchases from Shanghai traders has yet to show any sign of slowing as traders' net length approaches last-twelve-month highs," Ghali pointed out.

On top of that, Chinese gold premiums remain significantly elevated, which points to robust underlying demand from the retail sector, the report said.

"Chinese demand at a massive scale is likely the main culprit behind the strong price action that has defied analyst and trader views over past months. This helps to explain the disconnect between gold and real rates, in favor of a tighter relationship with currencies," Ghali noted.

TD Securities sees strong Chinese demand continuing to support gold prices, but the bank does not see this driver as a sustainable one.

"Barring a grandiose geopolitical regime change, it is likely that Chinese demand will subside towards normal levels," Ghali said. "For the time being, the pace of gold purchases from Shanghai traders has yet to show any sign of slowing, even as traders' net length approaches twelve-month highs."

And if this demand is indeed not sustainable, the gold price is vulnerable to a selloff, Ghali warned. "Given gold's lack of alternative buyers and its current mispricing relative to its recent historical relationship with real rates … gold prices [are] vulnerable to a steep consolidation lower," he said. "We will look to our tracking of positioning for the top ten gold traders in China to scour for nascent signs of peaking Chinese demand, which could present a tactical signal for a noteworthy repricing lower."