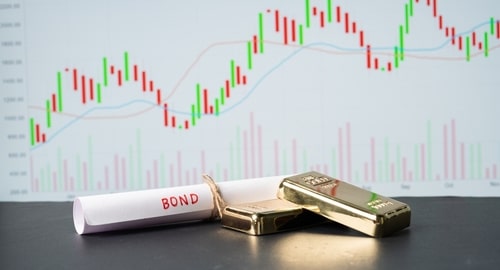 (Kitco News) DoubleLine Capital CEO Jeffrey Gundlach turned bullish on gold after it crossed the $1,800 an ounce level and believes it is a good time to purchase and hold the precious metal.

"Over the past two and a half years, you haven't had much action in gold other than sideways. In other currencies, gold has done quite well. And now, as the dollar is weakening, gold is back, and it is above its 200-day moving average," Gundlach said.

Gold is one of Gundlach's recommendations for assets to own in 2023. "It's a reasonably good time to buy gold and own gold. One of my recommendations … to own was gold, which I turned bullish on back at about $1,800 or so. We're not very far above that right now," he said.

Helping gold out this year will be a lower U.S. dollar, which has already peaked in 2022, according to Gundlach, who does not see the U.S. dollar index returning to 115. At the time of writing, the index was at 103.30.

From the macro perspective, the yield curve is "screaming recession" because of the Federal Reserve's more aggressive actions in the second half of the year, billionaire "Bond King" Gundlach told market watchers. And that is just one of the many indicators pointing to a coming recession in 2023.

"The 3-month to the 10-year became inverted not long ago. The 10-year yielded more than 200 basis points than the three-month bill," Gundlach said. "We see that we have exactly the setup that goes all the way back to the Volcker days. We haven't seen the 3-10s this inverted since the early 1980s. It was close in 1999-2000. But that was a pretty nasty recession that ensued. And it occurred in the aftermath of a very overvalued stock market. And I talked about the S&P 500 being very overvalued last year."

Other indicators pointing to the looming recession included the dramatic drop in the consumer savings rate, consumers dipping into credit cards, the Leading Economic Index (LEI) published by the Conference, and the recent ISM PMI data.

Gundlach said he is not ruling out negative inflation as CPI comes down this year. He compared the movement of inflation to a swinging pendulum.

"It's absurd to believe that the inflation rate would drop from 9.1% to 2% and then magically stop there. It's almost like a law of physics when you have a pendulum. When it gets to an extreme and starts going back along the arc the other way, it doesn't stop down in the middle. It goes past the middle," Gundlach explained.

This is why price pressure will fall much more if the Fed manages to get inflation back to 2%. "I would suggest that if it gets to 2% over the course of 2023, inflation will probably go negative on a year-over-year basis," said Gundlach.

In 2023, the DoubleLine Capital CEO sees a lot of opportunity in bonds, with the bond market now looking much cheaper than the stock market. "The bond market is demonstrably cheap to the stock market, and I recommend not a 60-40 portfolio, but more like a 40-60 portfolio or even a 40-25-15 portfolio, with bonds, stocks, and other things," he said. "Bond allocation will prove much more rewarding this year."

The Fed will have trouble getting rates up to 5% and will be forced to cut this year, Gundlach added, citing what the bond market is signaling. "The bond market pricing shows that the Fed is not going to make it to 5%. They're going to make it just under 5% by May or June and then start cutting. And by the end of 2023, the Fed funds rate is predicted by the bond market to be lower than it is today," he said.