Editor's Note: The article was updated to incldue revised numbers from the Perth Mint and updated comments from its general manager of minted products Neil Vance. 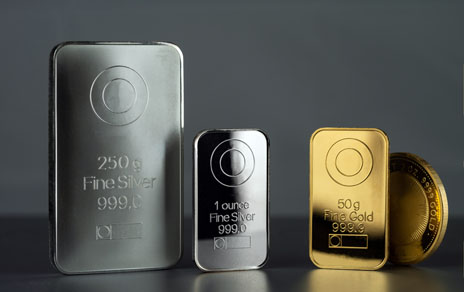 (Kitco News) - 2022 was a tale of two mints, with the U.S. Mint seeing disappointing gold and silver bullion demand for the year; meanwhile, it was the best of times for the Perth Mint as it saw record sales for its silver and gold bullion products.

Analysts have noted that the Federal Reserve's aggressive monetary policy, as it raised interest rates by 425 basis points last year, dampened interest for precious metal bullion in the United States. however, the U.S. Mint was also plagued by production and supply issues through the year.

The U.S. Mint stopped 2022 production in November to focus on 2023 coins, and sold only 4,000 ounces in various denominations of its America Eagle gold coins last month. At the same time, it sold 59,000 one-ounce American Eagle Silver coins in December.

Although gold and silver saw lackluster investor interest, the U.S. Mint was still unable to keep up with demand as premiums for silver coins soared to record levels, rising to more than 100% of the coin's value.

"The lack of demand is not outstripping the lack of supply and that is why we are seeing these higher premiums," said Jonathan Da Silva, a trader at Kitco Metals. "Imagine what the sales numbers and premiums would look like if the U.S. Mint didn't have supply constraints."

In October, analysts speaking at the London Bullion Market Association's annual precious metal conference warned investors that premiums on gold and silver bullion products will remain elevated as global demand continues to grow amid an unprecedented flow of the precious metal from West to East.

Although U.S. investors weren't interested in silver last year, a record amount of the precious metal flowed into India. It is estimated that India imported more than 8,000 tonnes of silver last year.

According to some analysts, Perth Mint sales have been a better gauge of global bullion demand as it saw a record for both gold and silver. This is the second consecutive year the mint has reported record bullion sales.

In a comment made at the start of the year, Neil Vance, general manager of minted products, said that he was expecting to see a strong year for physical gold and silver and he wasn't disappointed.

According to revised data provided by the Perth Mint. The year started with silver sales hitting record levels above 2 million ounces.

By April, demand for gold and silver bullion was twice its long-run averages, the Perth Mint said.

"There was demand for everything we could make during March," said Vance in April.

In September, the Perth Mint said its silver coin output rose to its highest level in seven years.

The Perth Mint noted that it saw solid demand out of Europe for its bullion products as consumers hedged against inflation, which rose to a 40-year high, and unprecedented uncertainty following Russia's invasion of Ukraine.

"The Perth Mint recorded an exceptional level of demand for its products in 2022 and we are optimistic for another strong year of sales in 2023 led by our Australian Kangaroo Gold, Silver and Platinum Bullion coins which will be released on the 23rd of January," said Vance in a statement to Kitco News.