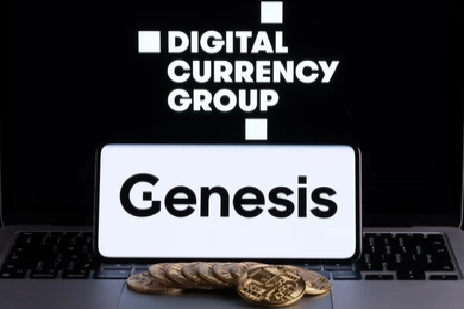 The initial hearing to review Genesis’ request for protection from its creditors will be held at 2:00 pm EST on Jan. 23 before the United States Bankruptcy Court for the Southern District of New York, with Judge Sean H. Lane presiding over the proceedings.

The first thing the court must decide is whether to grant bankruptcy protection under Chapter 11 to Genesis Global Holdco and its subsidiaries Genesis Global Capital and Genesis Asia Pacific, known collectively as Genesis Capital. The court will also decide whether to allow joint administration of the cases for the three entities, and will review the initial reorganization plan submitted in the bankruptcy filing.

As part of the proceedings, the United States Trustee will also appoint a committee to represent the unsecured creditors, which will have the right to participate in the reorganization plan.

On Friday, Digital Currency Group (DCG), the parent company of Genesis Capital, posted an update on Twitter claiming “Neither DCG nor any of its employees, including those who sit on the genesis board of directors, were involved in the decision to file for bankruptcy.”

DCG also noted that only the lending divisions of Genesis have filed for bankruptcy protection. “Genesis Global Trading and Genesis’ spot and derivatives trading entity will remain operational.”

They concluded by saying that DCG “will continue to operate business as usual, as will its other subsidiaries,” and that they will continue to “engage with Genesis Capital and its creditors to reach an amicable solution for all parties.”

Genesis has proposed a reorganization plan to be overseen by an independent special committee of the company’s board of directors which includes the creation a trust to distribute assets to their various creditors, and a “dual track process” which would pursue “a sale, capital raise and/or equitization transaction that would enable the business to emerge under new ownership.” Should they fail to finalize a sale or raise sufficient capital, “creditors will receive ownership interests in Reorganized GGH.”

“An in-court restructuring presents the most effective avenue through which to preserve assets and create the best possible outcome for all Genesis stakeholders,” said Genesis Interim CEO Derar Islim when the filing was made. “We deeply appreciate our clients’ ongoing patience and partnership as we work towards an equitable solution.”

Genesis struggled to raise fresh capital or reach a deal with its creditors since it halted withdrawals in November in the wake of the collapse and bankruptcy of crypto exchange FTX and sister company Alameda Research. This also put enormous strain on Digital Currency Group (DCG), the parent company of Genesis, and their CEO Barry Silbert.

Then on Jan. 12, the U.S. Securities and Exchange Commission (SEC) filed charges against both Genesis Global Capital and Gemini Trust Company for the unregistered offer and sale of securities to retail investors through the Gemini Earn crypto asset lending program. Both the SEC and federal prosecutors in New York are also investigating the transfer of funds between DCG and Genesis and reviewing what the companies told investors about the transactions.

DCG has recently been forced to take actions to shore up its finances, including putting a halt to its quarterly dividend payments to shareholders, which the firm announced in a letter sent to shareholders on Jan. 17.

In the letter, the DCG said that it was focused on “strengthening our balance sheet by reducing operating expenses and preserving liquidity. As such, we have made the decision to suspend DCG's quarterly dividend distribution until further notice.” The firm also indicated that it was considering selling some of the assets in its portfolio to help with the fundraising process.