Hedge funds add to their bullish gold bets, but rally appears to be losing some steam 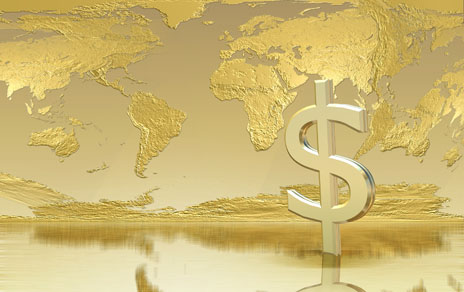 (Kitco News) - For the seventh consecutive week, hedge funds continued to pile into gold, according to the latest trade data from the Commodity Futures Trading Commission.

According to some analysts, the gold market continues to benefit from shifting U.S. interest rate expectations, which is weakening the U.S. dollar. Markets currently expect the Federal Reserve to further slow down the pace of its rate hikes with a 25 basis point move next month.

An expected end to the Federal Reserve's aggressive tightening cycle has pushed the U.S. dollar index to a seven-month low. At the same time, gold prices are trading near a nine-month high, with prices holding initial support above $1,900 an ounce.

"Significant headwinds are building for the U.S. economy that could impact the Fed's monetary policies and that will continue to support gold prices," said Sean Lusk, co-director of commercial hedging at Walsh Trading, in a recent interview with Kitco News.

The CFTC's disaggregated Commitments of Traders report for the week ending Jan. 17 showed money managers increased their speculative gross long positions in Comex gold futures by 7,618 contracts to 124,222. At the same time, short positions rose by 50 contracts to 54,845.

"Since the November low point, gold has rallied by around 320 dollars, with corrections during these times becoming smaller and smaller, with buyers taking any setback as an opportunity to accumulate or get involved. Sooner or later, the metal will be facing a bigger pullback, but for the now the trend remains firm with key support below at $1895 followed by the 21-day moving average, currently at $1866," said Ole Hansen, head of commodity strategy at Saxo Bank.

However, while there is still a healthy bullish sentiment in the marketplace, some analysts see signs the precious metal is entering a consolidation phase.

Some analysts have noted that momentum indicators for gold are now overstretched. At the same time, the U.S. dollar is oversold.

Analysts at Heraeus also warned that further lackluster investment demand for gold-backed exchange-traded funds could signal the rally is running out of steam.

"The rally in the gold price since November has not been accompanied by an increase in ETF holdings which have remained around 94 [million ounces]. The gold price has been trending higher, helped by a weakening dollar, and if investors start to take more interest that could add further support. However, the price is now overbought, suggesting a pause or pullback could occur in the near term," the analysts said.

Commodity analysts at TD Securities are also warning about a potential peak in gold prices as the Chinese market remains closed this week for Lunar New Year celebrations.

"Heading into the holidays, our tracking of Shanghai gold purchases has pointed to a slowing pace of accumulation since the start of China's behemoth buying activity in early-November, with notable liquidations observed over the past few sessions. The jury is still out on whether Chinese gold purchases will resume after the holidays, particularly from the official sector, but gold could struggle in the absence of Chinese buying activity without alternative buyers," the analysts said.

While the gold market continues to attract some speculative investor interest, the silver market is struggling to keep pace.

The disaggregated report showed that money-managed speculative gross long positions in Comex silver futures rose by 1,215 contracts to 46,115. At the same time, short positions fell by 2,019 contracts to 19,647.

Silver's net length now stands at 26,468 contracts. Bullish positioning is holding near an eight-month high. During the survey period, silver prices hovered at around $24 an ounce.

According to some analysts, growing concerns that the U.S. is headed toward a recession are weighing on the precious metal; however, silver is also underperforming other industrial metals like copper.

The COT report showed that money-managed speculative gross long positions in Comex copper futures rose by 9,388 contracts to 72,421. At the same time, short positions rose by 2,845 contracts to 39,467.

Copper's net length is now at 32,954 contracts, its highest level since early April. During the survey period, solid bullish speculative positioning drove prices to a seven-month high, above $4.20 a pound,

"Speculators in Comex copper continued to aggressively add to their length in the New Year, as hopes emerge that China's reopening will fuel a boom for the demand for raw materials," said commodity analysts at TD Securities.