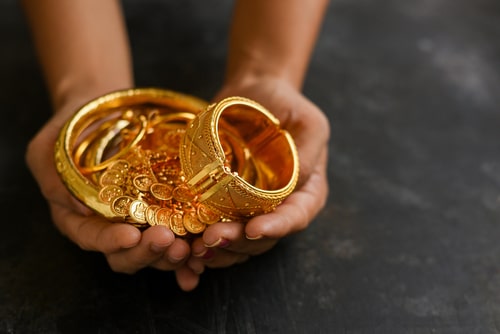 (Kitco News) A surge in gold smuggling has pushed India to look into cutting its import duty on the precious metal as illegal activity is hurting official profits.

"The Indian government is set to unveil its annual budget for the upcoming 2023-24 fiscal year (April-23-March-24) on 1st February," said Metals Focus in its report Monday. "Under normal circumstances, any changes in the customs or import duty also tend to be revealed at this time."

A lower import duty would lower the price of gold in India and increase demand, said government and industry officials. "The government is aware of problems created by the higher duty structure and they will be fixed soon," Reuters quoted one government official.

Another official said a lower import duty is being considered, stating: "We will take a final call soon."

The Ministry of Commerce confirmed the correlation between the higher import duty and smuggling, adding that the duty could be lowered in the next budget due February 1. "Smuggling is going up," Reuters quoted the commerce ministry official as saying.

The new budget would be an appropriate time to announce these changes, Metals Focus added. "The budget is important from the policy and regulatory perspective as several tax changes tend to be announced. ... Given that gold has seen several import duty changes over the years, the industry keenly awaits this event," analysts said in the report.

India increased its gold import duty to 12.5% from 7.5% on July 1 to ease pressure on the rupee and bring down the trade deficit. Consumers now have to pay an 18.45% tax for refined gold when all taxes are summed up.

For those interested in the breakdown, here is an explanation from Metals Focus of all taxes included: Back in July, India's government "raised the basic customs duty (BCD) on gold by 5% to 12.5%. While the Social Welfare Surcharge (SWS), which was 10% on the BCD was removed, the Agriculture and Infrastructure Development Cess (AIDC) was kept unchanged at 2.5% over and above the BCD. Effectively, the duty on refined gold imports rose to 15% from 10.75%. That apart, a Goods and Services Tax (GST) of 3% is charged on the final value of jewellery or bullion, bringing the total tax incidence a consumer faces on gold to 18.45%."

In response to this, India saw a surge in illegal imports, with grey market operators looking to bypass the import duty fees by selling their gold at a discount for cash.

"As a result, gold has been trading at steep discounts compared to the landing cost in the Indian market. The higher duty has also resulted in a spurt in cash sales, where the gold is available at a discount to the official price," Metals Focus described.

Seizures of smuggled gold hit three-year highs in 2022, with India's customs taking control of over 3,080 kilograms of gold brought in illegally last year. This is according to data revealed by the Ministry of Finance in December.

Also, increased smuggling activity led to a decline in legal gold imports, with India importing only 20 tonnes of gold in December compared to 95 tonnes a year ago. This marked a drop of 79% and the lowest level in two decades.

Even though the hike in gold duties surprised many in the industry, some experts saw it as a temporary measure.

"The increase in duty on gold may be a temporary measure, and once the government's trade balance becomes more favourable and the INR [the Indian rupee] stabilises, some of these tax increases may be rolled back," said World Gold Council's senior India analyst Mukesh Kumar.

The current theory is that lower import fees will reduce smuggling. "Metals Focus believes that even though the government will lose revenue, should it reduce the import duty, the loss will be partly offset by a rise in official imports which will arrive duty paid," the report added.