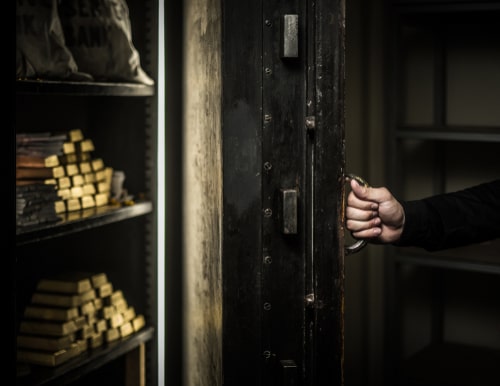 (Kitco News) Police in Toronto recovered $967,811 (CAD $1.295 million) worth of precious metals after four teenage boys got caught "in the act" of robbing a store last month.

According to the police, three masked teenagers entered a precious metals store on Bloor Street in Toronto as the fourth suspect waited in the car.

"On December 10, 2022, at 2:15 p.m., three masked suspects entered a precious metals store ... with a firearm. The suspects obtained a quantity of gold and silver and made their way to a nearby vehicle, in which a fourth suspect was waiting," York Regional Police said in a press release published Friday.

All four teenagers were arrested as they tried to drive away with the stolen gold and silver bars and coins.

They were spotted because the York Regional Police Hold-Up Unit was already in the area during the heist due to an ongoing investigation into the same suspects.

"After a brief foot pursuit, [police] arrested all four suspects without incident. Officers recovered a loaded handgun and [CAD] $1,295,000 worth of gold and silver," the press release specified.

Nobody was injured during the arrest. Two of the arrested males were 15 years of age, and the other two were 17. All four were from Toronto, Canada.

Police released a video of the recovered items that were returned to the precious metals store.

The suspects face 40 charges in the case, including possession of property obtained by crime over $5,000, robbery with a firearm, and disguise with intent.

The four teenagers are considered part of a crime group involved in a series of armed robberies at pharmacies, currency-conversion businesses, and precious metal stores since November 2022.