This year sets up 'bullish concoction' for commodities, gold on 'cusp of sustained upside,' says Goldman 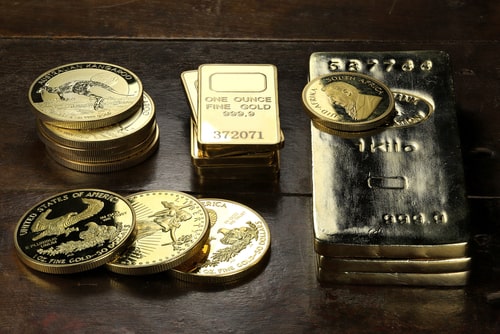 (Kitco News) Commodities are in store for a 'bullish concoction' in 2023, according to Goldman Sachs, which sees a combination of the macro environment and low inventories boosting prices.

The commodities sector is looking at "superior total returns" in 2023 and is expected to outperform other asset classes, analysts at Goldman Sachs said in a note.

After a surge in commodity prices in the first half of 2022, the sector saw a decline due to rising interest rates and lower demand. However, the outlook for 2023 is very positive as China reopens amid low inventories, said Jeff Currie, head of commodities research at Goldman.

"You cannot come up with a more bullish concoction for commodities," Currie said during a presentation last week. "Lack of supply is apparent in every single market you look at, whether it is inventories at critical operating levels or production capacity exhausted."

Goldman pointed out similarities between the 2007-2008 commodities rally and today. One exception is the European natural gas due to sufficient inventories for now.

"Does anyone remember what happened to oil prices from January of '07 to July of '08?" Currie said. "The Fed takes their foot off the brake, China puts the pedal to the metal, Europe starts to grow quickly," and crude rose by $100 a barrel, he said.

In the oil market, several drivers are not priced to their fullest extent, Goldman added in the note.

"Oil markets are not pricing the expected uplift in demand combined with the downturn in Russian production," Goldman said. "China's reopening is a game-changer. Commodities like crude oil, refined petroleum products, LNG, and soybeans are particularly set to benefit from China's demand tailwind."

Currie noted that aluminum could face supply shortages in light of renewed demand from China and Europe. The bank raised the average price for the metal to $3,125 a ton this year. This is an upgrade from its previous forecast of $2,563.

Back in 2020, Goldman called for a commodities supercycle. So this latest call is in line with the bank's long-term outlook.

"With macro and micro dynamics re-aligning again, we believe investors are likely to take a fresh look at the commodity sector and the long-term super-cyclical arguments that point to a severe lack of long-term capex," the bank said in a note.

Gold is projected to benefit from a weaker U.S. dollar and a global de-dollarization trend, Goldman noted.

"Gold, in particular, is likely to be on a cusp of sustained upside as de-dollarisation is very bullish gold... at a time that the Fed is likely to increasingly shift towards growth concerns slowing its rate hike path allowing ETF holdings to stabilise," it added. "We believe a sustained inflection in the USD provides an ingredient for a fairly significant upside in commodities."