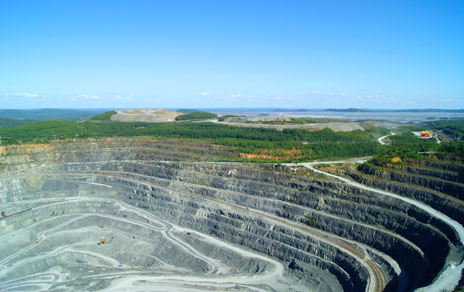 (Kitco News) - Newcrest (ASX, TSX: NCM), one of the world's largest gold mining companies, today reported gold production of 512koz and copper production of 35kt in the December quarter of 2022.

The company said that gold production was 3% lower than the prior period (September quarter: 527koz) driven by lower mill throughput at Lihir with drought conditions continuing to limit water supply to the plant, and the temporary suspension of operations at Brucejack following the fatality in October 2022.

Red Chris production also decreased during the quarter, driven by lower recovery and mill throughput. This was largely offset by higher gold production at Cadia and Telfer with the planned maintenance schedule at both sites completed in the prior period.

Newcrest’s all-in sustaining cost of $1,082/oz for the quarter was 1% lower than the prior period, reflecting a higher proportion of lower cost ounces produced at Cadia, a higher realized copper price and the benefit of a weakening Australian and Canadian dollar against the US dollar on operating costs.

Newcrest said it remains on track to deliver its full year production guidance for the financial year ending 30 June 2023 (FY23), adding that gold production at Lihir and Brucejack are expected to increase in the second half of FY23 driven by higher mill throughput across both sites (subject to increased rainfall at Lihir).

“Following the water restrictions and unplanned mill downtime events experienced at Lihir and the Brucejack fatality, both operations are anticipated to deliver at the lower end of their production guidance ranges for FY23,” the company said.

Newcrest also announced that its Board has approved the Lihir Phase 14A Feasibility Study, endorsing the project to full implementation.

“Phase 14A is another step forward in realizing the full potential of Lihir with the cutback expected to deliver ~400koz of incremental high grade gold production over the next four years from an additional ore source that is now well supported by geotechnical drilling,” the company said.

Newcrest is the largest gold producer listed on the Australian Securities Exchange and one of the world's largest gold mining companies. Newcrest owns and operates a portfolio of operating mines and exploration projects located in Australia, Canada and Papua New Guinea.