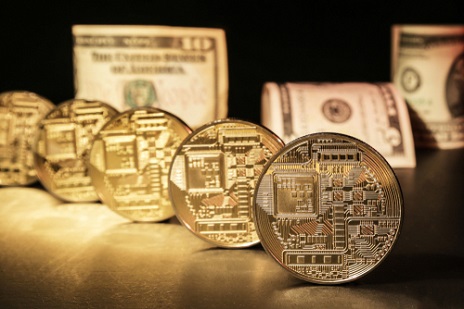 (Kitco News) - The independent Swiss private bank Cité Gestion has become the first private bank to tokenize its own shares under Swiss law thanks to a partnership with Taurus technology.

According to a press release from Cité Gestion and Taurus, “the tokenization of the shares was carried out pursuant to the standards established by the Capital Markets and Technology Association (CMTA), a Swiss not-for-profit organization based in Geneva, whose purpose is to promote the use of new technologies in traditional capital markets.”

The private bank, which was founded in 2009, partnered with Taurus, a company that specializes in providing digital asset infrastructure for banks, to tokenize its shares, manage the smart contract that creates the shares and perform asset servicing of its securities, the statement said.

"At Cité Gestion, our vision is to make it possible for our clients to take full advantage of technological progress in the capital markets, and in particular of the huge potential of rationalization and efficiency gains that the distributed ledger technology offers in this field,” said Christophe Utelli, Deputy CEO of Cité Gestion.

Tokenization is the process of digitizing an asset and has been gaining popularity among financial institutions since it allows players in traditional finance to integrate blockchain technology and attract more investors. “Taurus believes that digitization of private assets and securities is becoming the new standard in the digital asset industry," the firm said in the statement.

Cité Gestion’s tokenized shares were created using the CMTAT – an open-source smart contract published by the CMTA and specifically dedicated to the tokenization of securities – and recorded on the Ethereum blockchain, the statement said. The Swiss law firm Lenz & Staehelin advised on the corporate and regulatory aspects of the transaction.

“It was important for our bank to be among the first to take advantage of the new possibilities offered by Swiss law for the digitalization of securities by tokenizing our own shares,” Utelli said. “As a robust, open-source and industry-supported framework, the CMTA standard was a natural choice for the tokenization. Taurus and the application of the CMTA standards ensure that an adequate risk management framework is at the heart of the process."

Tokenization is a trend that has been gaining in popularity over the past couple of years as institutional investors and the wider public have learned more about the capabilities of blockchain technology.

According to Sebastien Dessimoz, co-founder and managing partner of Taurus, the company was involved in the tokenization of 15 companies last year covering equity, private debt, and structured products from Swiss and European firms. Nearly half of the companies involved were institutional or regulated institutions. “We believe 2023 will mark a step change in the industry and we are ready to support private companies to make the move,” Dessimoz said.

The results of a study conducted by BNY Mellon in late 2022 showed that 91% of institutional investors are interested in investing in tokenized products but are looking to do so in a safe and compliant manner. Additionally, 97% of those surveyed indicated that tokenization would “revolutionize asset management” and “be good for the industry,” highlighting such improvements as faster settlement times, increased liquidity, and increased accessibility for all investors to asset classes like private equity funds and real estate.

Banking institutions are also getting in on the tokenization trend, with JPMorgan conducting its first live trade on a public blockchain this past November. Singapore’s DBS Bank and Japan’s SBI Digital Asset Holdings partnered with JPMorgan to conduct foreign exchange and government bond transactions against liquidity pools made up of tokenized Singapore Government Securities Bonds, Japanese Government Bonds, Japanese Yen (JPY) and Singapore Dollars (SGD).