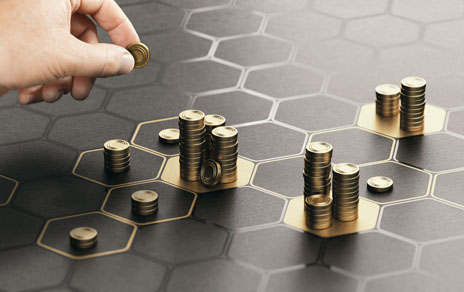 (Kitco News) - The gold market continues to attract new investor interest as one Swiss pension fund looks to diversify its holdings following a dismal year for stocks and bond markets.

Thursday, Publica, one of Switzerland's largest pension funds with assets under management of $44 billion, said that it is increasing its exposure to real assets like real estate and precious metals as it expects inflation to remain elevated for the next decade.

"An analysis back in 2021 showed that inflation was very likely to be higher in the next ten years than it had been in the preceding decade," the fund said in a press release. "Since real assets tend to outperform nominal assets in an inflationary environment, the Board of Directors decided to reduce the relatively high weighting of bonds in favour of higher weightings of real assets and listed equities."

In an interview with Top1000Funds.com, Stefan Beiner, head of asset management at Publica, said that the fund will be increasing its gold exposure to 1%.

"Private infrastructure equity is a new allocation for us. As a first step, we will invest in open-ended funds and finalize the RFP process to find the right partners in the next few months," Beiner said in the interview.

In 2023, the fund will reduce its bond exposure by 14% and increase its equity exposure by 5%.

The new strategic asset allocation comes as the fund reported a net loss of 9.6% in performance last year, mainly due to falling equity and bond prices.

"Bonds had the largest adverse effect in 2022. Returning roughly -12% overall, they made a negative contribution of -6.3 percentage points to the consolidated total return of -9.6%. Equities, meanwhile, contributed -4.1 percentage points," the fund said.

There were some bright spots for the fund in 2022. The pension fund said its real estate portfolio saw a positive return of 3.9%, and foreign real estate investments increased 14% on a currency-hedged basis.

Publica did hold some precious metals in its portfolio last year, and the fund said that it saw a return of 0.6% on them.

While the pension fund said it sees long-term potential in its new strategic asset allocation, Beiner warned that the near-term outlook presents its challenges.

"Although the long-term expected return has increased, it doesn't mean we expect a strong performance in 2023. As well as our SAA, we have a tactical process that looks at the next 3-9 months. Here, personally, I am still quite pessimistic, particularly because of corporate earnings risks," Beiner said.

Inflation rising to its highest level in 40 years forced central banks, led by the Federal Reserve, to aggressively raise interest rates, causing bond yields to rise and equity markets to fall. Meanwhile, despite a 20-year high in the U.S. dollar, gold outperformed both bond and equity markets. In 2022, gold was the second-best performing asset, just behind the U.S. dollar.