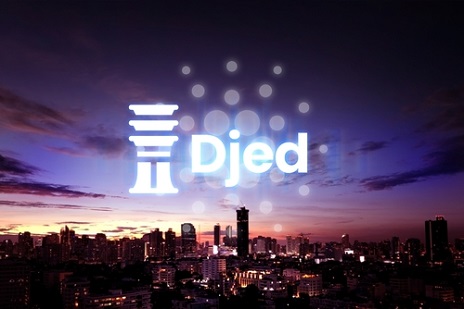 (Kitco News) - The Cardano network is poised to get its first stablecoin as the decentralized Djed token is scheduled to launch next week, according to an announcement from Coti, one of the protocols behind the development of the stablecoin project.

“We started the chain index syncing process. This process may take 14 days, and as we started the sync a week ago, we expect to complete it next week and be ready to launch. As of right now, this is the only technical bottleneck holding up the launch,” the blog from Coti said.

Djed has been a highly anticipated addition to the Cardano ecosystem since the project was first revealed in early 2022, as there are currently no stablecoins supported by the platform. The stablecoin is being jointly developed by Cardano code maintainer IOG and Coti, a layer-1 blockchain.

The project has received some blowback from the crypto community due to the fact that Djed is an algorithmic stablecoin, similar to the TerraUSD (UST) stablecoin that collapsed in May of 2022 and sent a contagion wave across the cryptocurrency ecosystem that resulted in numerous high-profile bankruptcies.

To help prevent a similar collapse in Djed, the stablecoin will require more than 400% in collateral value to be posted before it is issued to a user. This overcollateralized mechanism will enable the price of Djed to remain stable even during periods of heightened volatility and market stress.

“Djed is fully backed and overcollateralized with a significant reserve ratio, up to 8x. The Djed contract has enough money to buy back all the Djed stablecoins in circulation for 1 USD worth of the backing asset, thus maintaining the peg and would still have a lot of money left,” the team behind Djed said.

According to Shahaf Bar-Geffen, the CEO of COTI, once Djed is released on the Cardano mainnet, it will be integrated with 40 different Cardano-based decentralized finance applications that the project has signed partnership agreements with. These platforms will offer increased rewards to those who will provide liquidity using Djed.

To go along with the launch of Djed, the development team has created DjedPay, a payment application that will allow users to transfer Djed tokens to merchants and businesses.

The Djed ecosystem also includes the reserve token SHEN, which is designed to support Djed’s stability. SHEN holders will be eligible to receive extra rewards when holders of Cardano’s native token, ADA, commit their tokens as collateral to mint Djed.

"As part of our effort to stake the ADA that is deposited to the Djed smart contract and generate extra rewards for SHEN holders, we are developing a snapshot mechanism and UI that will be added to djed.xyz, where SHEN holders will be able to track these extra rewards," Coti said.

In the time since the launch date of Djed was announced, ADA’s price has fallen by 5.18% from $0.381 to trade at $0.361, a move that largely aligned with a broader pullback in the crypto market.