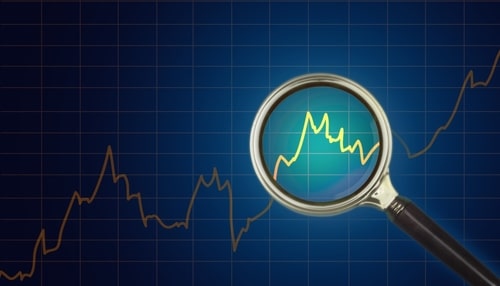 One of the central banks that surprised the gold market at the end of last year was China. The People's Bank of China purchased 32 tons of gold in November — its first officially recorded purchase since September 2019. That was followed up with another purchase of 30 tons of gold in December. China's gold reserves now total 2,010 tons.

And China is not the only one buying. Central banks began looking at gold in the second half of last year and bought nearly 400 tons in the third quarter of 2022. This marked a 300% jump from the same period a year ago, according to the World Gold Council (WGC) report.

Based on the latest data, central banks purchased 673 tons of gold in the first three quarters of last year, outpacing total annual purchases since 1967 — when the U.S. dollar was still backed by gold.

"Purchases by global central banks are one of the most reliable indicators signalling gains in bullion prices," said Ao Chong, an analyst at Citic Securities in Beijing. "Gold prices are expected to retain momentum and will be underpinned by easing expectations about the Fed's interest-rate increases, the continuation of geopolitical conflicts and economic recession."

Citic forecasts gold to reach record-high levels this year as prices rise above $2,000 an ounce. No specific price target was given in the report released late last week.

Gold is currently in a bullish trend, with prices up more than 6% since the start of the year, which is the best January since 2012.

Many see central bank buying as the key driver behind this gold rally.

The WGC pointed out that there was a sizeable unknown contingent of central banks buying gold, with markets immediately looking at China and Russia as potential candidates. "The level of official sector demand in Q3 is the combination of steady reported purchases by central banks and a substantial estimate for unreported buying," the WGC's Q3 report noted.

The gold market is now waiting for the WGC's fourth-quarter report, which is scheduled to be released later this week.

With the macro outlook largely unchanged for gold, TD Securities pointed to a mystery buyer driving prices. And the bank's attention quickly turned to China.

Some analysts point to inflation concerns, new fragmentation on the geopolitical front, and a de-dollarization trend as reasons why central banks are once again stockpiling gold.

"There's something else going on that central banks from all over the world would buy gold when interest rates are surging. Historically when interest rates are surging, gold takes it on the chin, and central banks are net sellers, not buyers," Frank Holmes, CEO of U.S. Global Investors and executive chairman of HIVE Blockchain, told Kitco News. "[This new trend] says that there's a geopolitical development that other central banks are recognizing. They have to have decentralized assets on their balance sheet."