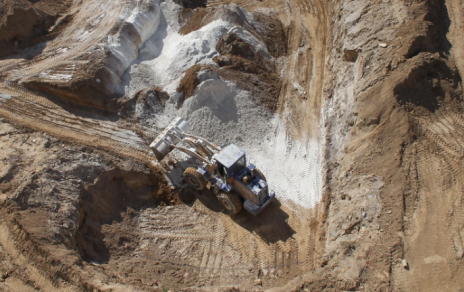 (Kitco News) - Australian gold miner St Barbara (ASX: SBM) announced Tuesday that in the December quarter of 2022, its total production was 60,976 ounces of gold, down 7% year-on-year and down 4% compared to the previous quarter.

The company said that increased ore mined at Gwalia was offset by delays accessing high grade stopes to next quarter, resulting in lower grade development ore being processed, adding that Atlantic and Simberi production was stable, in line with expectations.

Group all-in sustaining cost (AISC) for the December quarter was AUD2,666 per ounce (September quarter: AUD2,490 per ounce). The company said that lower production from Gwalia did not sufficiently offset fixed costs, while Atlantic and Simberi costs were in line with expectations.

Managing Director and CEO Dan Lougher commented, "It has been a disappointing quarter at Leonora as we reset the operations with a new General Manager, who is setting the site up for improved performance over the next six months. Simberi had a strong quarter, with its first positive cashflow in five quarters, while Atlantic recovered from Hurricane Fiona which pushed some production into the third quarter."

Looking ahead, St Barbara said it remains focused on unlocking the market value of Atlantic and Simberi, while driving the consolidation of the Leonora region.