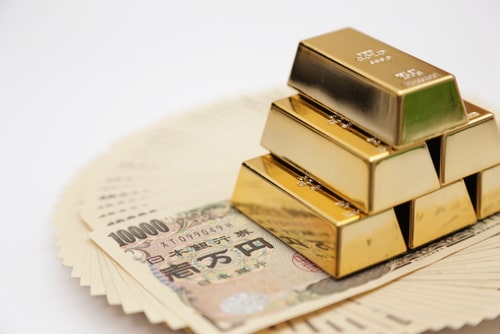 The precious metal reached a new record high of 8,977 yen (USD $69.28) per gram, which was higher than the previous record of 8,969 yen (USD $69.22) per gram seen in April 2022, Jiji Press reported citing prices at a major precious metals seller Tanaka Kikinzoku Kogyo K.K. 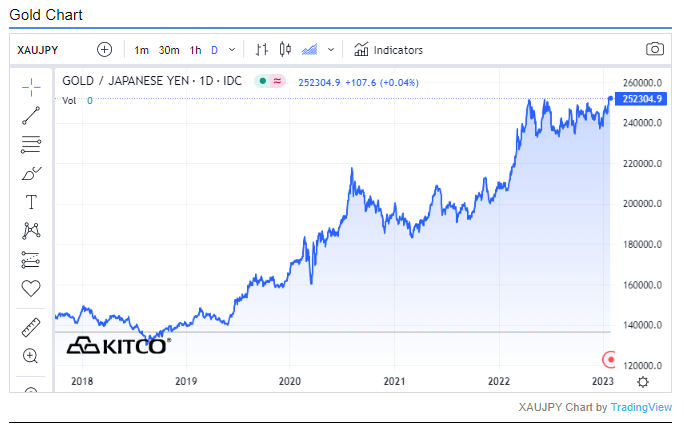 In the meantime, the Japanese yen has been attracting some investor flows versus the U.S. dollar on recession fears and markets looking for the Federal Reserve to pause its historic monetary policy tightening cycle. The USD/JPY pair was last trading below the ¥130 level.

As gold rallies in most currencies, analysts also start to forecast record highs in the U.S. dollar.

McGlone added that once gold breaches the $2,000 an ounce level, it might never look back.

"Gold may have a performance advantage at about half the per ounce price of the S&P 500 at the start of 2023, particularly if the U.S. enters a recession. The enduring history of booms that go bust when excessive liquidity is removed may set the stage for the metal to breach $2,000 an ounce resistance and never look back," he noted.

Gold priced in U.S. dollars is seeing its best January since 2012, trading near nine-month highs and up more than 6% year-to-date.

China's biggest publicly traded brokerage Citic Securities said in a report published last week that it is looking at gold hitting record highs this year, citing central banks' gold buying as one of the most reliable bullish signals.

"Purchases by global central banks are one of the most reliable indicators signaling gains in bullion prices," said Ao Chong, an analyst at Citic Securities in Beijing. "Gold prices are expected to retain momentum and will be underpinned by easing expectations about the Fed's interest-rate increases, the continuation of geopolitical conflicts and economic recession."