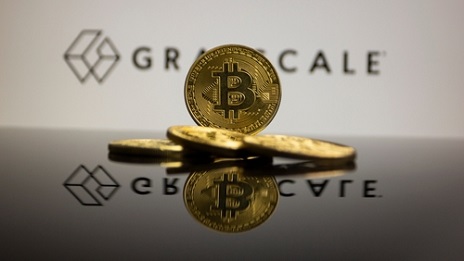 (Kitco News) - The District of Columbia Court of Appeals will hear oral arguments in Grayscale Investments’ lawsuit against the Securities and Exchange Commission (SEC) over the regulator’s decision to block the Grayscale Bitcoin Trust (GBTC) from becoming an ETF.

The court motion, which was filed on Jan. 23, sets the date for oral arguments on March 7 at 9:30 am EST. Final briefs from both sides are due on Feb. 3, and the composition of the argument panel will be published on the court website by Feb. 6, according to the motion.

Grayscale Chief Legal Officer Craig Salm shared the news in a tweet on Jan. 24. “We were previously anticipating Oral Arguments to be as soon as Q2 this year,” he said. “So this is welcome news.”

Grayscale executives have been engaged in a media blitz in support of their lawsuit since filing their latest response brief on Jan. 20.

CEO Michael Sonnenshein attacked the SEC’s decision in an interview with CNBC’s Squawk Box on Jan. 24. “It’s important to remind the role that regulators like the SEC play when it comes to investors,” he said. “They’re not here to tell investors what to or what not to invest in. They’re here to ensure all the proper disclosures are made.”

Sonnenshein said that the SEC holding back U.S. companies like Grayscale is counterproductive. “The frustrating thing for investors and certainly the Grayscale team is that we’re actually a business that was born in the U.S., made use of existing U.S. regulatory frameworks to bring crypto to investors in a safe and compliant way.”

The Wall Street Journal also published a letter from Sonnenshein on Jan. 23 in which he said the SEC “flouted the precedent set by its approval of multiple ETFs that hold bitcoin futures” when they denied the Grayscale ETF application, while also failing to use their existing powers to effectively prevent fraud at FTX.

“The SEC should certainly try to eliminate bad actors, but that shouldn’t come at the expense of efforts to develop appropriate regulation,” he said. “The SEC’s inaction has prevented bitcoin’s advancement into the U.S. regulatory perimeter, often forcing U.S investors offshore with less protection and oversight. We are seeing the consequences of the SEC’s priorities play out in real time—at the expense of U.S. investors.”

Grayscale’s latest brief, filed on Jan. 20, was a response to the SEC’s filing submitted last month.

Grayscale’s position is that the willingness of the SEC to approve ETFs based on bitcoin futures, while refusing to approve their GBTC fund’s conversion into an ETF because it’s backed by actual bitcoin, is unjustified and in violation of the Administrative Procedure Act and The Securities Exchange Act of 1934.

Grayscale lawyers dismissed the SEC’s argument that bitcoin futures funds and spot bitcoin funds have “fundamental differences in the ability to detect and deter fraud and manipulation,” saying that any fraud or manipulation in the bitcoin spot market would affect the price of bitcoin futures, and that the futures-backed ETF relies on the Bitcoin Reference Rate just as GBTC does.

On June 29, Grayscale announced that it was suing the SEC, the same day that the regulator announced they were rejecting the company's spot Bitcoin ETF. The SEC argued that Grayscale's application failed to meet the standard designed to prevent fraudulent practices and offered insufficient protection to investors.

Grayscale disagreed and responded with its lawsuit challenging the SEC decision. “Grayscale supports and believes in the SEC's mandate to protect investors [...] and we are deeply disappointed by and vehemently disagree with the SEC's decision to continue to deny spot Bitcoin ETFs from coming to the U.S. market," said Sonnenshein at the time.

Salm also posted a Q&A-style update to the company’s blog on Friday. “We are fighting for all those who believe in the future of bitcoin,” Salm wrote. “So if you’re long bitcoin – whether you self-custody your private key(s) on a piece of paper, cryptosteel, hardware wallet, a brainwallet in your head, or entrust them to a third party – I encourage you to support our ETF case.”