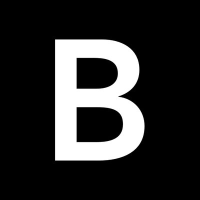 (Bloomberg) -- India, the worlds biggest consumer of gold after China, increased the import tax on the precious metal for the first time since 2013, spurring domestic prices to a record. Shares of jewelers slumped.

(Bloomberg) -- As little as six months ago, Bitcoin was moribund, with prices languishing at a fifth of their record high, disappointing a mass of cryptocurrency enthusiasts who had grown use to extreme -- and often upwards -- moves in the virtual currency.

After Two Tumultuous Decades, Congo Gold Miner Is Back From the Brink

(Bloomberg) -- In the past 23 years, Banro Corp. had its Democratic Republic of Congo gold assets seized, got them back, built two mines, closed one after attacks by militants and sought bankruptcy protection.

(Bloomberg) -- Before dawn Tuesday, troops escorted more than 1,000 police officers to seize a remote mountain at the center of a gold rush at illegal mines in Ecuadors northern Andes.

By the Numbers: Congo's Deadly Struggle With Illegal Mining

(Bloomberg) -- A deadly landslide and troop deployments at two giant mines in the Democratic Republic of Congo..

(Bloomberg) -- The electricity-intensive process used to create units of the digital currency Bitcoin has led to a surge in Iranian energy consumption, putting unprecedented pressure on power grids and forcing officials to cut off supplies to so-called mining farms, according to state media.