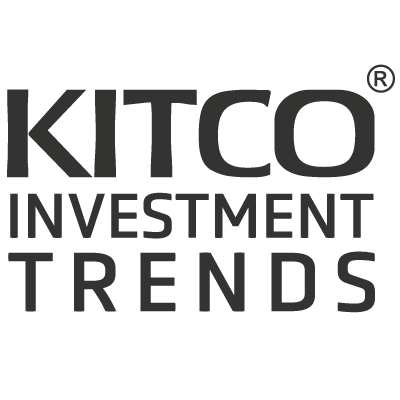 Investment Trends is sponsored content, articles and announcements paid for by our advertisers that support our journalism. Our sponsored messages are targeted and hand-curated, highlighting the best of what's happening in the mining sector.

(Kitco News) - Snowline Gold CEO Scott Berdahl can find lots of analogues with his company's targets and some of the world's greatest gold camps.

(Kitco News) - "The good thing from the investor perspective prior to the run up: the metal was trading below $10 a pound. Now it's anywhere between $11 to $13 a pound. For us we used $7.75 long-term price for our project. So with nickel prices today, that's hugely supportive for our story going forward," said Selby.

(Kitco News) - Before founding EMX Cole spent over a decade at Newmont as a geologist.

Spencer Cole, CIO of Vox Royalty, explains to David Lin, Anchor and Producer of Kitco News, how a mining royalty company operates, and the key benefits for investors of royalty companies.

(Kitco News) - A maiden resource estimate announced in May for Blackrock Silver's Tonopah West establishes the property as one of the highest-grade undeveloped silver deposits of its size in the world.

Next year Banyan Gold will push their Aurmac project into a status that will get the attention of major gold miners , said Banyan Gold President and CEO Tara Christie.

Through a combination of classic boots on the ground and some good geophysics Torq Resources (CVE:TORQ) was able to identify "a beautiful structure," said the company's Chief Geological Officer Michael Henrichsen.

From bankruptcy to $50 million: confessions of a stock operator

Carson Seabolt was a commercial fisherman who clawed out of bankruptcy to build a $50 million fortune in the stock market before age 40.