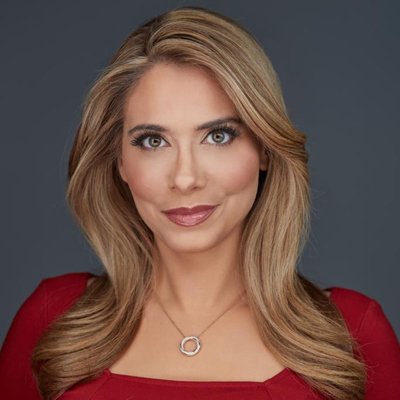 As an anchor and reporter, Michelle has covered and analyzed the most significant global economic, financial, and geopolitical events of the past two decades. She has interviewed heads of state, CEOs of Fortune 500 companies, and other political, business, and entertainment leaders.

Based in New York, Michelle joins Kitco News from i24News where she was editor-in-chief and lead anchor, hosting the nightly prime-time, flagship show "ClearCut with Michelle Makori" and "IBW", a weekly start-up and technology-focused magazine show. Michelle was instrumental in setting up the U.S. division of i24News, broadcasting across the USA and around the globe.

Michelle was also a key member of the team that launched the U.S. operations of CGTN in 2011. She was the New York-based lead anchor and producer of "Global Business America", CGTN's flagship global economic and business news show.

Prior to joining CGTN, Michelle was an anchor and reporter for Bloomberg TV for five years, covering both American and Asian markets. She was also a reporter with CNN Money based at the NASDAQ. Before joining Bloomberg TV and moving to New York, Makori was one of the main anchors and producers for SABC Africa Television, based in Johannesburg, South Africa, and broadcasting throughout the African Continent.

Michelle holds a Post Graduate Honors Degree in Media Studies and Journalism (with distinction) and a Bachelor of Arts with a double major in Law and Psychology, both from South Africa's University of the Witwatersrand. She graduated top of her class from Damelin Business School.

Gold is vulnerable to a pullback as Powell prepares to signal 'seriousness', but will hit an all-time high in 2023 - Adrian Day

(Kitco News) - Gold has rallied over the past three months up 17.7 percent over 3 months, and is up over 5 percent year-to-date.

(Kitco News) - Gold, which has been trading up for 2023 and is currently at around $1,930 per ounce, will reverse the trend and have a dramatic decline as the biggest crash in our lifetime enters its second wave, according to Harry Dent, Founder of HS Dent.

(Kitco News) - Despite its stagnant performance in 2022, the bottom for gold is in, according to Gerald Celente, Publisher of The Trends Journal, whose 40-year forecasting record includes correctly predicting the 1987 stock market crash, the DotCom bubble, and high inflation in 2022.

(Kitco News) - Gold may be your best protection: mother of all debt bombs & nine other megathreats are looming- Nouriel Roubini

2023 could be the year of a 'Space Pearl Harbor' with vital U.S. Satellites increasingly vulnerable - Brandon Weichert

(Kitco News) - An attack on U.S. satellites, which form the backbone of the nation's communications and commercial infrastructure, is likely to succeed, taking out the United States's ability to defend itself, according to Brandon Weichert, a geopolitical analyst and Editor of the Weichert Report.

Crypto sector's bull runs are over, but Bitcoin will still flourish - Mark Moss

Oil could hit $120 in 2023 as China opens up, energy to be the year's best-performing sector - George Seay

Ethereum is a 'con', will eventually 'blow up' like FTX as Bitcoin becomes primary global form of money

(Kitco News) - In the long-run, Bitcoin will become the world's primary form of money, replacing the U.S. dollar and other fiat currencies, and beating out altcoins, according to Cory Klippsten, CEO and Founder of Swan Bitcoin.