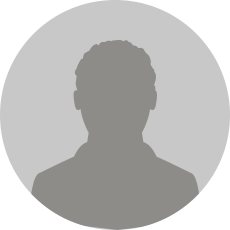 Stewart Thomson is a retired Merrill Lynch broker. Stewart writes the Graceland Updates daily mon-fri between 4am-7am. They are sent out around 8-9am.Stewart comes from a family of teachers, engineers, and professional athletes. The focus is training investors to use the tactics of the bank owner families consistently. Stewarts writings are carried by a number of quality websites regularly. His personal contacts include hundreds of substantial business and factory owners across North America and Europe.

(Kitco commentary) - Socialism's biggest pillar, arguably, is fiat money. It is embraced by most political parties, even those claiming to be "right wing" or "capitalist".

Gold price bulls and bears may all be getting a bit frustrated now, as gold refuses to follow their predicted paths, and simply meanders sideways.

The gold price action in 2016 is now getting widespread attention.

Gold Stocks Versus The Dow

A week ago, gold rose towards key resistance.

The Inflation-Adjusted Price Of Gold

Gold continues to track the sideways action of the US dollar against the Japanese yen, ahead of Fridayâ??s important US jobs report.

Silver: The Best Is Yet To Come